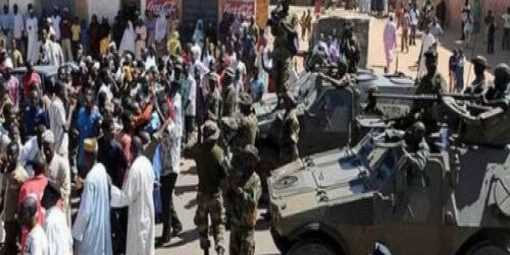 Herdsmen resident in seven villages of Ladduga district in Kaura Local Government, Southern Kaduna, North-West Nigeria, have cried foul over the raid and arrests carried out last night and early this morning by men of the Nigerian Army.

Secretary of Mobgal Fulbe Development Association, Ahmad Yandeh, said: “Soldiers have invaded the villages in Ladduga District of Kachia LGA, in the night and have denied worshipers getting out of various mosques from the morning prayers located in the district and have ransacked houses and arrested several youths. They came in military vehicles numbering over 20 and we cannot ascertain if they are real soldiers.”

“They have destroyed many sacks of crops and toilets in search of weapons. They said we are the ones carrying out attacks in Kaura. That is not true; instead, we are the ones that are frequently being killed each time some unscrupulous elements carry out attacks and disguise as Fulanis.”

The spokesperson of the 1 Division, Nigerian Army, Colonel Usman Abdul, while confirming the raid said it was a cordon and search operation to foil alleged plans of reprisal attacks over the killings of about seven Fulanis in the area last week.

“The news of alleged plan to carry out reprisal attack made us to act swiftly. You know that such kind of attacks in that area usually take place on Fridays or Sundays, so we have to act swiftly to avert further escalation,” he said, adding:

“The operation took place between the hours of 3pm-4pm and in fact, it is for the safety of all the community in that area and has even led to the arrest of 18 persons and recovery of weapons.”