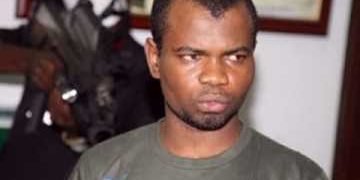 The alleged mastermind of Christmas day bomb blast that killed about 44 persons and wounded 75 others at St. Theresa’s Catholic Church, Madalla, Niger State, in 2011, Kabiru Umar, a.k.a Kabiru Sokoto, yesterday, told a Federal High Court in Abuja that though he was a high profile member of the Islamic “Shurah Council” in Nigeria, he never joined the Boko Haram sect.

Sokoto, who testified as his own witness, told the court that though he initially had sympathy for the organisation, his elder brother whose name he gave as Suleiman Aliyu Sokoto, persistently warned him not to get himself involved with the sect.

Speaking through an interpreter, he said: “I am a member of the Shurah Council but not under Boko Haram. I did not participate in any bombing.”

Asked by the prosecuting council, Mrs Chioma Onuegbu, if it was true that he got his orders from Abu Shekau, Sokoto said: “As we all know, Shekau is a leader of Boko Haram but not the Shurah Council and it is not true that when I escaped from police custody, I spoke to Shekau on phone.”

Asked if he was aware that it was Shekau that gave orders regarding where bomb attacks should be carried out and that the sect had so many sections, including a wing in charge of armed robbery, the accused replied: “My lord, it can be so, I don’t know but so I have been hearing.
I am not also aware that there is suicide attack and bombers section inside Boko Haram. What I know is that any society or group must have sections. The prosecution lied against me when it said I was the leader of the sect in Sokoto State. If the government has such evidence against me, then let it bring it before the court.

“During the time crisis started in Maiduguri in 2009, my elder brother. His name is Suleiman Aliyu Sokoto. He accommodated me for some days, then we held a discussion and he told me to stay away from Boko Haram or anything that will cause trouble for me.

“It was not true that I ran into the forest to escape arrest when that crisis started. I was arrested in my house. If I had the intention I would have attacked the police and not wait for them to arrest me right inside my house.”
Asked by the prosecutor if it was not true that he got four credits from the Secondary School Examination Council, SSCE, with English being one of the subjects, Sokoto said: “Yes, it is true that I have four credits, I can’t remember the subjects but it is English language. I sat for the exam in 2003.”

The prosecutor asked him: “Then which language did you use in writing the exam?” Sokoto told the court it was English language.

After the accused person closed his case, Justice Adeniyi Ademola adjourned the matter till October 7 for the parties to adopt written addresses.

It will be recalled that Sokoto had on Monday, told the court that he was innocent of the charge against him, insisting that he was tortured by the police to admit that he was a member of the Boko Haram sect.

Sokoto, who is answering to a two-count charge preferred against him by the government had, through his lawyers, led by Mr. Hassan Lukman, maintained that the government failed to establish a prima-facie case capable of warranting his conviction.

Praying the court to discharge and acquit him, Sokoto contended that none of the six witnesses that testified against him in court was able to establish a nexus linking him to commission of the alleged terrorist act.

He was initially docked before the high court on May 20.

Aside allegation that he trained over 500 men on how to manufacture and detonate Improvised Explosive Devices, IEDs, the Federal Government alleged that he had prior knowledge that the sect planned to bomb the church on Christmas day but failed to disclose it to law enforcement officer.