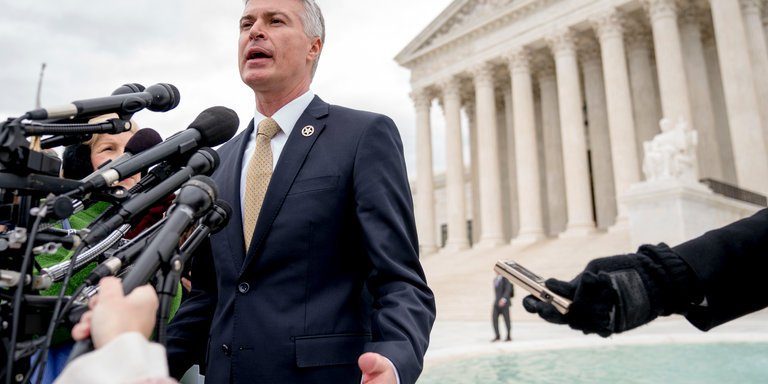 WASHINGTON — A closely divided Supreme Court struggled on Tuesday to decide whether internet retailers should have to collect sales taxes in states where they have no physical presence.

Brick-and-mortar businesses have long complained that they are disadvantaged by having to charge sales taxes while many of their online competitors do not. States have said that they are missing out on tens of billions of dollars in annual revenue under a 1992 Supreme Court ruling that helped spur the rise of internet shopping.

By the end of arguments on Tuesday it was not clear whether there were five votes to overrule the 1992 decision, Quill Corporation v. North Dakota, which said that the Constitution bars states from collecting sales taxes from companies that do not have a substantial connection to the state.

Several justices expressed concerns about imposing burdens on small businesses that sell goods on the internet and making them liable for back taxes. Justice Sonia Sotomayor said the case before the court raised “a host of questions” and “a whole new set of difficulties.”

Other justices said that Congress rather than the Supreme Court was the right forum in which to settle the matter. The fact that Congress has so far chosen not to act, Justice Elena Kagan said, was itself a telling indication that it was satisfied with the current system.

“The bigger e-commerce companies find themselves with a physical presence in all 50 states,” he said, “and they are covered.”

The tenor of the argument was a surprise, as three members of the Supreme Court had indicated that they may be ready to reconsider the Quill decision. Justices Clarence Thomas and Neil M. Gorsuch have written about their uneasiness with the ruling and the constitutional justifications for it.

Justice Gorsuch seemed prepared on Tuesday to reconsider the Quill decision. “Why should this court favor a particular business model?” he asked.

In a 2015 concurring opinion, Justice Anthony M. Kennedy seemed to call for a fresh challenge to the decision.

“It is unwise to delay any longer a reconsideration of the court’s holding in Quill,” he wrote. “A case questionable even when decided, Quill now harms states to a degree far greater than could have been anticipated earlier.”

South Dakota responded to Justice Kennedy’s invitation by enacting a new law that required all merchants to collect a 4.5 percent sales tax if they had more than $100,000 in annual sales or more than 200 individual transactions in the state. State officials sued three large online retailers — Wayfair, Overstock and Newegg — for violating the law.

“The South Dakota law is obviously a test case,” Justice Samuel A. Alito Jr. said. “It was designed to be the most reasonable incarnation of this scheme.”

Lower courts ruled for the retailers, citing the Quill decision.

In recent weeks, President Trump has criticized Amazon.com for its tax and shipping practices. Amazon, which is not involved in the case before the Supreme Court, collects sales taxes for goods that it sells directly but not for merchandise sold by third parties. Critics said that Mr. Trump’s critique was motivated by his displeasure with reporting from The Washington Post, which is owned by Amazon’s founder, Jeff Bezos

At Tuesday’s argument, Marty J. Jackley, South Dakota’s attorney general, argued that the Quill decision does not make sense in the digital era. He said that the major practical problem it had identified — that it would be burdensome for out-of-state retailers to calculate and collect taxes for thousands of state and local jurisdictions — has been solved by modern software.

But that assertion was hotly disputed by George S. Isaacson, a lawyer for the three internet retailers, who said a ruling against his clients would impose burdens on small internet companies. A national solution, he said, should come from Congress rather than the Supreme Court.