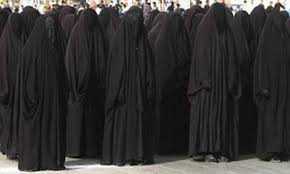 The group lamented over the action of the judge of stopping the public from coming to the court while also allowing only a few section of the media to cover the proceedings on Tuesday.

In a statement by its spokesperson, Emma Powerful, the pro-Biafra group said the judge’s action was against an earlier court ruling that the trial will be held in the open.

IPOB alleged that the lawyer of the Department of State Service, DSS, Idakwo, who was the lead interrogator of its leader had been permitted to join the prosecuting team headed by Mohammed Labaran though he was initially barred from appearing as prosecution counsel.

“The DSS is now the arresting agency; they detain, they interrogate, investigate, and now they are also running the trial in a court of law for the Office of the Attorney General of the Federation through the Office of the Director of Public Prosecution,” IPOB said.

The pro-Biafra group also alleged that Justice Tsoho was selected by President Muhammdu Buhari so as to subvert justice.

It said the trial judge has been making “so many mistakes in his quest to please his master, President Buhari that chose him for this hatchet job.”