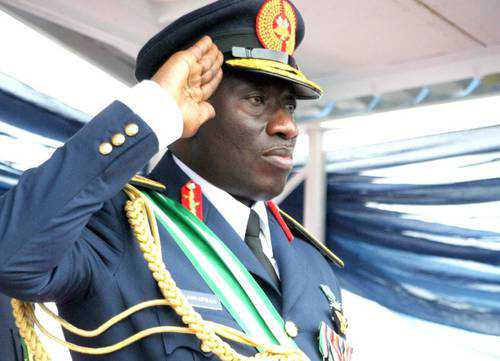 This is the President’s first trip to the Northeat since the government declared a state of emergency in three states – Borno, Yobe and Adamawa –  in May 2013.

His unannounced visit is believed to be a prelude to his political campaign in the state slated for January 24.

The delegation was received by Borno State Governor Kashim Shettima.

No fewer than 10 of the 27 local government areas of the state are in control of the Boko Haram insurgents.

Thousands of people have been killed by the murderous sect members whose activities have led to the displacement of about one million Nigerians internally and thousands of others as refugees in neigbouring countries – Cameroon, Chad and Niger.

The sect has also been attacking Northern Cameroon villages after its leader Abubakar Shekau issued a threat to retaliate the attack on its members by that country.

The visit — Jonathan’s first to Maiduguri since March 2013 —came after a previous trip to the restive region in May last year was cancelled.

Jonathan had planned to visit Chibok where Boko Haram militants kidnapped 276 schoolgirls from their dormitory. There was no world yesterday about the girls.

The cancellation, reportedly for security reasons, dealt Jonathan a further blow in his perceived woeful handling of the kidnapping crisis.

Boko Haram’s January 3 attack on Baga in what is feared could be its worst atrocity in a six-year campaign, is currently creating ripples

The President visited the headquarters of the 7 Division of the Nigerian Army in Maiduguri and the Teachers’ Village – home to victims of the horrendous Baga attack.

Dr. Jonathan promised the displaced people that they will soon return to their communities.

At the Teachers’ Village where he met with them, the President noted that the security briefing he had received  indicated that the territories lost to Boko Haram would in no distant future be reclaimed by the military.

“Let me assure you that we will soon take over all the areas. From the briefing I have received from the service chiefs, I assure we will take over the towns and communities,” the president said.

He told officers and soldiers of the 7 Division that the nation was very proud of them and grateful for their dedication to the defence of the civilian population against terrorists and violent extremists.

He assured the troops that the Federal Government would continue to do everything possible to ensure that they get the weapons, equipment, welfare and logistics support they require to completely rout the insurgents and restore security and normalcy to affected parts of the country.

Describing the troops as a special breed of men who were undertaking a great assignment for their fatherland, the President assured them that actions were being taken to address  challenges facing them in their operations against  Boko Haram.

He said: “In terms of equipment and logistics, we have already made considerable progress since the insurgency started and we will continue to improve in that regard until your operations are successfully concluded.”

President Jonathan also toured wards of the 7 Division Hospital and Medical Services Centre where he met with soldiers recovering from injuries sustained in operations against Boko Haram.

He wished them speedy recovery.

President Jonathan said: “The Nigerian military is now better off in term of equipment than it was in the past. We will continue to do our best to ensure the armed forces are better equipped to handle this security challenges and even after now,”  he said.

He praised the troops for their sacrifice, loyalty and dedication to the fight against insurgency, adding:

“What you’re doing is not easy. We thank you as a nation. Terrorism is a global phenomenon. We’re working day and night, trying to curtail this madness.

“We will assist you to succeed in your effort. We will give you what is due to you. Government will make sure you get it. We appreciate your dutiful service, loyalty and commitment and dedication to this fight.”

Chief of Army Staff Lt.- Gen Minimah said the President was at the barrack  to interact with men and officers in the operation, adding that his visit was a boost to the operations, especially coming on the day set aside to remember the Nation’s fallen heroes (the Armed Forces Remembrance Day).

Borno State Governor Kashim Shettima thanked the president for the visit which, he said has rekindled hope and confidence of the people that the insurgency problem will soon come to an end.

He said the state is ever ready to cooperate with National Emergency Management Agency and all other federal agencies to ensure that the needs of the displaced people are catered for.