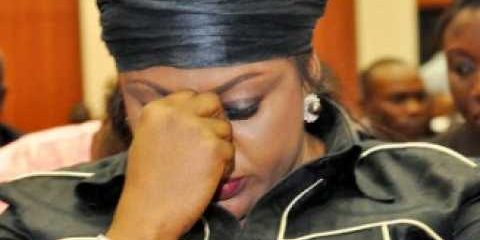 President Goodluck Jonathan on Wednesday set up a three-man administrative panel of enquiry to probe the embattled Minister of Aviation, Mrs. Stella Oduah, over the purchase of two bullet-proof BMW cars worth $1.6m (about N255m) by the Nigerian Civil Aviation Authority on her orders.

Members of the panel are Alhaji Sali Bello, a former Head of Service of the Federation, who will serve as chairman; Col. Sambo Dasuki (Rtd.), the National Security Adviser; and Air Vice Marshal Dick Iruenebere (Rtd.).

Briefing State House correspondents at the end of the weekly Federal Executive Council meeting in Abuja, presidential spokesman Reuben Abati said the panel would, among others, ascertain whether the procurement of the vehicles followed due process, ascertain the purpose of procurement and inquire into any other incidental matter. He did not say what others it would look into.

The panel has two weeks to submit its report.

Analysts say this is the first time that President Jonathan has shown any interest in the conduct of privileged government officials facing allegations of corruption. In the past, such highly placed officials as the Minister of Petroleum Resources, Mrs. Diezani Alison-Madueke; and the Attorney General and Minister of Justice, Mr. Mohammed Adoke, have faced serious and well-documented corruption allegations, but the President has ignored them all.

“This probe is a triumph for the media, especially SaharaReporters which broke the story,” a newspaper columnist said in Abuja this afternoon. “The question is: Why Stella Oduah, and why now? What of all the other corruption stories broken by the media against various government officials since 2010 when Jonathan first assumed office? I think that spectre of the 2015 election, more than the need to do right, has pushed Jonathan into this. Does he suddenly give a damn?”

Another analyst told SaharaReporters he consider’s the President’s response to be a gimmick. “Why did Jonathan not ask Mrs. Oduah to go on suspension while she is being investigated? How do you leave her in the same seat that she has allegedly been using to maneuver and manipulate? Jonathan is merely playing games and buying her time while they figure out how to ride this out.”

Jonathan leaves for Israel tonight on what has been described as a pilgrimage. He will meet with Israeli and Palestinian leaders, and return to Nigeria next week.