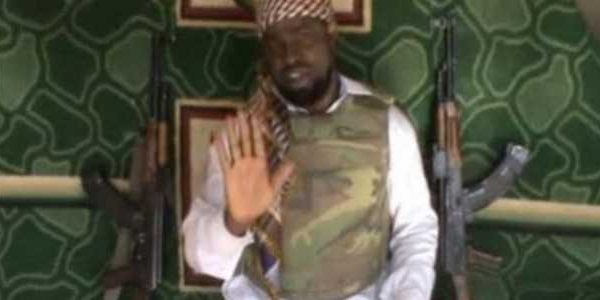 Operatives of the Joint Task Force have made a breakthrough in the campaign against terrorism by arresting in-laws of the Boko Haram leader, Sheik Abubakar Shekau.

The Defence Spokesman, Brig. Gen Chris Olukolade, made this known during a press briefing by the Joint Security Services Public Information Committee in Abuja on Monday.

Olukolade however did not give the names of Shekau’s in-laws, whom he said were arrested during a cordon and search operation in Bulabulin area of Maiduguri last week.

Apart from more corpses found in a soak-away in the area, underground tunnels and bunkers as well as high calibre weapons were discovered by the operatives.

He said, “Troops on cordon and search operations in Bulabulin area in Maiduguri last week discovered a vast network of underground tunnels connecting houses and many bunkers some which have the capacity to accommodate over 100 persons.

He stated also that one of the top commanders of Boko Haram believed to be the Amir of Bulabulin Nganaram, was killed in one of the raids in Bulabulin, Nganaram, Aljajeri and Faluja areas of Maiduguri.

Olukolade added that the reduction in the spate of bombings in places outside the North- East indicated clearly that security operatives were winning the war against terrorism in spite of the attacks by the sect on soft targets.

He explained that the improved security situation was responsible for the decision to ensure a phased restoration of telecommunications services in states under emergency rule starting with Adamawa.

Olukolade pointed out that the cordon and search operations were largely successful due to the cooperation of indigenes of the area and special dogs used to aid the efforts.

He said, “A number of terrorists have been apprehended by the Special Forces. Many of them have also died in battle with the forces. Various resources, including trained military police dogs facilitated the arrest of insurgents who tried to infiltrate the cities after being dislodged from their bases at the outset of the operations.

“Cordon and Search Operations have started enjoying tremendous cooperation of locals. Several terrorists, including their foreign members are being tracked down. Key terrorists, especially those in the cadre of Amir as well as those helping in their renewed mobilisation and recruitment of minors are being hunted.”

On the controversy over Al-Mustapha’s fate in the Army, the Defence Headquarters argued that since the former Chief Security Officer to the late maximum dictator, Gen. Sani Abacha, was neither dismissed nor sacked during the years of his trial, he remained a serving officer of the Army.

“With regard to Maj Hamza Al-Mustapha’s release, I want to confirm that he is still in the army and the case is going to be handled by the Army administratively in line with the Harmonised Terms and conditions of service, ” the Chief of Staff to the Director of Army Public Relations, Col. John Agim, said during the briefing.

Al-Mustapha’ spent over a decade in detention for allegedly being the mastermind of the killing of the wife of the winner of the June 12, 1993 presidential election, the late Chief Moshood Abiola .