Johnson ready for US Open battle 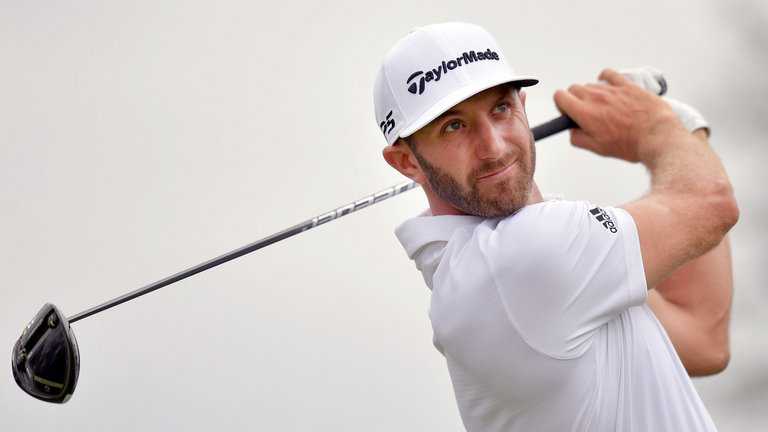 World No 1 Dustin Johnson is preparing for a battle of the big-hitters as he defends his US Open title next week on what is set to be the longest course in major championship history.

Johnson, who clinched his first major victory at Oakmont last year, has been installed as the favourite for the tournament, which is being held at Erin Hills in Wisconsin for the first time.

At 7,741 yards, the challenging par-72 layout outside Milwaukee will be the longest course in the history of major tournament golf, but for Johnson, one of the longest hitters in golf, Erin Hills’ potentially intimidating length augurs well.

The 32-year-old was perfectly positioned to win at Chambers Bay in 2015- until this year the longest US Open course in history- only to three-putt on the 18th green of the final round to gift Jordan Spieth victory.

He recovered from that setback to win at Oakmont last year, finally shaking off his majors jinx after a string of near-misses, and admitted he revels in the US Open’s reputation as the toughest test in golf.

“It’s just a very, very difficult tournament to win,” said Johnson, who missed this year’s Masters at Augusta after a freak accident on the eve of the tournament,

“I like really tough golf courses. I tend to focus more and play better.

“I like knowing par is a good score for some reason. I don’t know why. I play better when I’m playing for pars.”

With Tiger Woods still struggling to resurrect his career as he recovers from back surgery, and Phil Mickelson likely to skip the tournament to attend his daughter’s high school graduation, this year’s US Open could in some respects mark the end of an era.

If Mickelson fails to show as expected- he retains a tee-time despite vowing not to attend- it will be the first time since 1994 that neither player has featured in the first round.

Mickelson and Woods’ twin absence would clear the way for the next generation of golf stars to shine.