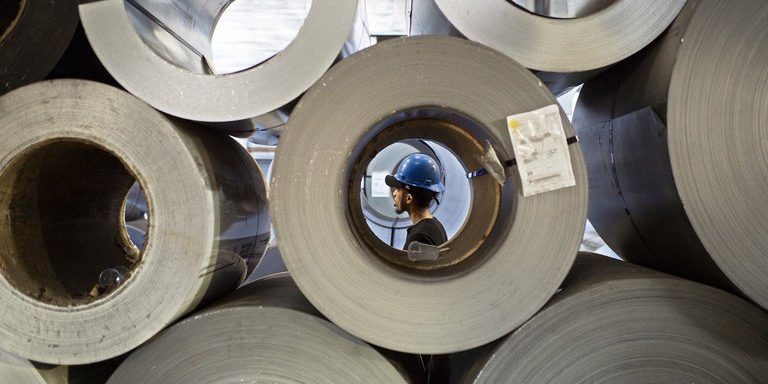 At 8:30 a.m. Eastern time, the Labor Department will issue its report on hiring and unemployment in March.

The report is expected to show another month of solid hiring, although most economists foresee a modest slowdown from February’s torrid pace. Economists surveyed by Bloomberg estimated that employers added 185,000 jobs in March, down from 313,000 in February. (That figure will be revised on Friday.) They also expect the unemployment rate to tick down to 4 percent for the first time since 2000.

This is what you should watch for:

February’s report was a barnburner: Companies added jobs at the strongest pace in a year and a half, and the labor force gained hundreds of thousands of workers. Few economists think March produced a repeat performance. But don’t let that distract from what has been a remarkable run in the job market.

Barring a major surprise, March was the 90th consecutive month of job growth, by far the longest streak on record. And far from slowing down, as many economists would expect so deep into a recovery, hiring appears to be holding steady or perhaps even picking up steam. Employers added an average of 242,000 jobs per month from December through February, the highest three-month average since 2016.

“I think we’re going to have another robust report,” said Dan North, chief economist for Euler Hermes North America, though one “not as strong as last month, which was kind of blowing the doors off.”

The one dull spot in February’s report was wage growth: Average hourly earnings were up 2.6 percent from a year earlier, a slowdown from January. Economists expect Friday’s report to show a bit of a rebound, to 2.7 percent. But they also caution against reading too much into the month-to-month data on wages, which is volatile and prone to distortions.

The bigger picture is that wage growth remains weaker than most economists would expect when unemployment is so low. Economist have proposed a long list of possible explanations, from globalization to weak productivity growth. Most still expect employers to have to raise pay eventually to attract and retain workers. But so far, employers are resisting.

Stronger pay gains would be good news for workers. Investors, however, might be less enthusiastic. That’s because faster wage growth could raise fears of inflation, and the possibility that the Federal Reserve will increase interest rates more quickly than it now plans.

When the Labor Department reported unexpectedly strong wage growth in January, financial markets tumbled. Inflation risks have only mounted since then, in part because of escalating trade disputes, which could lead to higher consumer prices. The Fed raised interest rates last month for the sixth time since the financial crisis, and policymakers hinted they were considering increasing rates three times this year rather twice, as currently expected.

The manufacturing sector has added 224,000 jobs in the past year, the strongest stretch of the recovery for an industry that President Trump has frequently emphasized. Most economists think the growth continued in March. But trade tensions with China could threaten the sector’s rebound in the months ahead.

“It causes uncertainty in the near term,” said Brett Ryan, an economist for Deutsche Bank in New York. “It’s a lot of noise.”

Other sectors will also probably show gains in March. But Mr. Ryan warned that some weather-sensitive industries might have been affected by the winter storms that struck parts of the country last month. The construction sector posted particularly large growth in February, most likely because of unseasonably warm weather. Those gains may have reversed in March.

Perhaps the biggest surprise in last month’s jobs report was the surge of workers into the labor force. Its ranks grew by more than 800,000 in February, the most in 15 years.

Many economists think that big jump was a fluke, and expect that Friday’s report will show a smaller gain or possibly a decline. But monthly volatility aside, the labor force has grown steadily in recent months. That suggests that employers are digging deeper into the pool of available workers, and that the strong labor market is giving opportunities to people previously on the economy’s sidelines.

Some companies are recruiting stay-at-home parents, recent retirees and others from outside the traditional labor market.

“I’ve had more conversations about retirees in the last month than I have in the last year,” said Becky Frankiewicz, president of ManpowerGroup, a staffing firm. “That’s an ideal population because they’re still highly skilled and they’re experienced.”