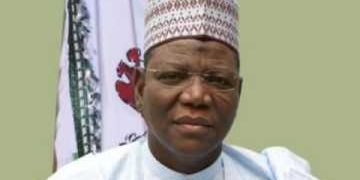 The two-Aminu Lamido and Mustapha Lamido-were flown to Abuja in the early hours of Friday by the operatives of the commission.

Following his arrest on December 11, 2012, on his way to Egypt, a Federal High Court, Kano, on July 12 this year convicted Aminu for failure to declare the $50,000 in his possession. He only declared $10,000 to the Nigerian Customs Service.

Lamido is one of the seven governors of the Peoples Democratic Party who are at logger heads with President Goodluck Jonathan over his suspected ambition to contest the 2015 presidential election.

A source at the EFCC said the latest arrest was due to the emerging facts from the investigation conducted on the source of the $50,000 that Aminu was convicted for.

He said the anti-graft agency could not pick the governor for conniving with his sons to siphon the money believed to be owned by the State because he enjoys immunity.

He said, “It is true that two sons of the governor were picked up by our operatives in Kano. They were brought in this morning and should be undergoing interrogation by now.

“Naturally, the operatives would have picked up Lamido too if not for the immunity he enjoys as governor.

“He is believed to be a member of the boards of ten different companies where funds belonging to Jigawa State Government were traced to, and the period falls within Lamido’s tenure as governor.

It was gathered that during investigation, the EFCC discovered and traced about N10bn belonging to jigawa State to the accounts of companies of which the governor and his two sons were alleged to be directors and signatories to the account.