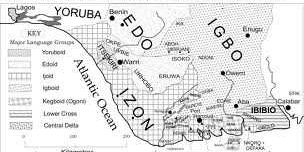 The Ijaw youth leaders have raised the alarm that members of the All Progressives Congress (APC) have infiltrated the Ijaw nation, with a view to distabilise the home base of President Goodluck Jonathan.

Udengs Eradiri, who was declared President by the electoral committee of the Ijaw Youth Council (IYC), said they would resist all attempts to divide the Ijaw nation, as they would continue to back President Jonathan.

Eradiri, who accused some members of the Ijaw National Congress (INC) of playing politics, declared that the IYC would not allow the opposition to use the organ to play politics.

“When you use the Ijaw Youth Council to begin to play politics, it will not be accepted; we know INC members were sighted in Government House, Rivers State with some of the failed IYC aspirants trying to solicit for support from the oppositions. There is no doubt that politics has infiltrated the IYC to destabilise the President’s home area, which is the Ijaw nation,” he stated.

Meanwhile, Jonathan Lokpobiri, who was arrested and detained by the Police, has been charged to court and granted bail.

The Police had arrested Lokpobiri over alleged impersonation and incitement of his supporters against the administration of Governor Seriake Dickson.

In a two-count charge read before Chief Magistrate I. O. Oweibo, the Police said Lokpobiri was parading himself, between November 11 and November 19 around the Bayelsa State capital, in a manner capable of instigating public disturbance in the state.

He was also accused of parading himself in a vehicle with number plate 001 IYC, which is the number plate of a sitting Ijaw Youth Council president.

Lokpobiri pleaded not guilty to both charges and counsel to the accused, A.U.O Japan, pleaded with the presiding magistrate to grant him bail due to what he termed simple charges brought against him.

The prosecution counsel, F.O. Begerie, did not object to the request and Lokpobiri was granted bail to the tune of N50, 000 and a resident of Bayelsa State as surety.

The case has been adjourned till December 6, 2013.