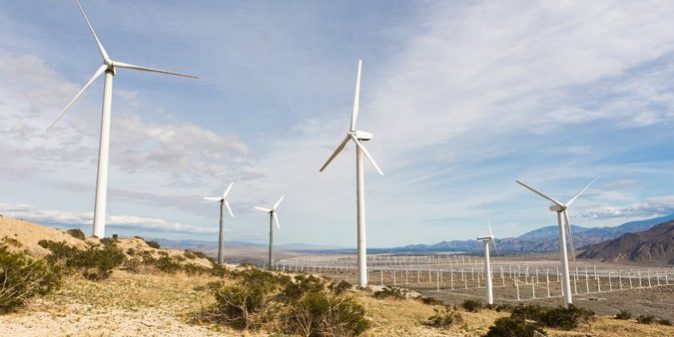 As environmental concerns drive power companies away from using coal, natural gas has emerged as the nation’s No. 1 power source. Plentiful and relatively inexpensive as a result of the nation’s fracking boom, it has been portrayed as a bridge to an era in which alternative energy would take primacy.

But technology and economics have carved a different, shorter pathway that has bypassed the broad need for some fossil-fuel plants. And that has put proponents of natural gas on the defensive.

Some utility companies have scrapped plans for new natural-gas plants in favor of wind and solar sources that have become cheaper and easier to install. Existing gas plants are being shut because their economics are no longer attractive. And regulators are increasingly challenging the plans of companies determined to move forward with new natural-gas plants.

“It’s a very different world that we’re arriving at very quickly,” said Robert McCullough, an energy consultant in Portland, Ore. “That wind farm can literally be put on a train and brought online within a year. It is moving so fast that even critics of the old path like myself have been taken by surprise.”

The shifting dynamics are being seen in the Western states in particular — driven not only by economics, but by regulation and climate as well.

The Arizona Corporation Commission, which regulates the state’s investor-owned utilities, recently refused to endorse plans by three power companies that included more natural-gas facilities. Commissioners directed them to make greater use of energy storage and plants that produce zero emissions.

“It’s very erratic what we’re now doing with power,” said Andrew M. Tobin, an Arizona commissioner who led efforts to block new gas plants. “I am so nervous that we will end up building a lot of capital plant that doesn’t stand the test of time.”

Some feel the push to get beyond natural gas may be too much, too soon. Officials at Arizona Public Service, the largest utility in the state, said they needed to include new natural-gas development as part of an overall mix, partly because of the state’s round-the-clock air-conditioning demands.

“Our needs are different than other utilities,” said Greg Bernosky, the utility’s director of state regulation and compliance. “We need resources that can have a long duration when our load is high, well after the sun has set. Natural gas resources provide that flexibility.”

Nationwide, other utility executives, power producers and federal regulators have also argued that a healthy power grid requires consistent power, even when the sun doesn’t shine or the wind ceases to blow. The more solar and wind power that is added to the electric grid, they say, the greater the need for reliable backup sources like natural gas.

“Gas has got to be part of that equation,” Robert F. Powelson, a commissioner on the Federal Energy Regulatory Commission, recently told an energy conference. “The gas system has gotten extremely reliable.”

And he argued that even recent advances in storage did not justify an overreliance on alternative energy, however inexpensive. “Storage is great,” said Mr. Powelson, a nominee of President Trump and a former chairman of the Pennsylvania Public Utility Commission. “But that is not a reliable long-term solution to the energy markets.”

Natural gas isn’t likely to be unseated as the country’s primary source of electricity generation anytime soon. In fact, utility companies plan to add more natural-gas plants than any other source, including all alternative energy sources, like solar, wind and hydropower, combined.

But the calculus is rapidly shifting as the prices of wind and solar power continue to fall. According to the Department of Energy, power generated by natural gas declined 7.7 percent in 2017.

And the latest report by Lazard, the financial advisory and management firm, found that the cost of power from utility-scale solar farms was now on a par with natural-gas generation — and that wind farms were less expensive still.

Lazard calculated the unsubsidized cost of wind power at 3 cents a kilowatt-hour, while natural gas and solar energy were a little more than 4 cents. The typical American household pays 12.5 cents a kilowatt-hour for electricity, according to the United States Energy Information Administration. (The cost beyond generation reflects transmission, taxes, and other utility expenses and profits.)

Moreover, the market equation in the West is driven largely by California, the sixth-largest economy in the world, which has mandated that 50 percent of its power be generated from renewable sources by 2030. With a regional energy market run by the state’s electricity grid overseer, the California Independent System Operator, fossil-fuel plants have had increasing difficulty selling their power into a market with low-cost solar and wind power.

At the same time, state legislatures and regulators are increasingly demanding that utilities rethink how they manage their systems to reduce carbon emissions.

Some power producers have bristled at the mandates, even scaling back their operations in certain markets because, they said, it became too difficult to compete without losing money.

NRG Energy, for example, announced this month that it would close three natural-gas plants in California because of the regulatory push for clean energy.

After NRG’s announcement, Calpine, a power company based in Houston, said it would suspend plans to build a natural-gas plant in California.

“We cannot invest a single dollar in California,” Thad Hill, Calpine’s chief executive, said. “I would not call California a true competitive market.”

But a big Oregon utility, Portland General Electric, has embraced clean-energy mandates to ease it off dependence on fossil fuels.

“First off for us, climate change is real and we have to diversify our mix,” Dave Robertson, the company’s vice president for public policy. “We’re driving more and more toward a decarbonized future. We really feel like we’ve got to own that. It’s really where the science is taking us.”

This month, Portland General entered into an agreement to buy surplus hydropower from the Bonneville Power Administration — the surplus arises largely from California’s turn to other renewable sources — helping the utility avoid construction of natural-gas plants to replace a coal facility.

“There are surpluses of energy that are looking for markets,” said Brett Sims, Portland General’s director of strategic planning and resource strategy.

Portland General’s view offered a hopeful message to environmentalists, who pushed for the weaning off coal and now have done much the same with natural gas.

“It feels like déjà vu all over again for the electric sector,” Mike Brune, executive director of the Sierra Club, said. “Utilities began to find that coal was not just a dirty form of energy but a more expensive form of energy, so they began to replace coal. Now, as they’re looking to replace coal, they’re finding gas in the same situation. There’s a broad trend across the energy sector, mostly in the West, where coal and natural gas can’t compete.”

Mr. McCullough, the Portland energy economist and principal at McCullough Research, said that the rapid change had caught many in the industry by surprise and that it could lead to a shorter future for natural gas.

“I think the fact of the matter is we’re seeing a lot of people realizing that there are different ways to go,” Mr. McCullough said.