It is only a fool that you can deceive twice ::-::I won’t disappoint, Jonathan in Abia assures Ndigbo 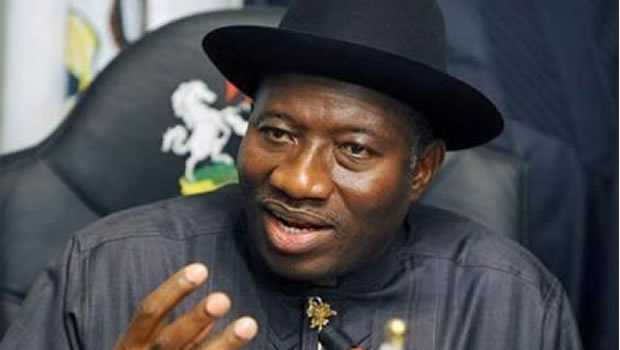 President Goodluck Jonathan has promised the people of Abia State and the Ndigbo in general that his administration will provide them with the enabling environment for entrepreneurship to thrive if voted into power in the forthcoming election.

Speaking in Umuahia during the Peoples Democratic Party (PDP) presidential campaign rally, President Jonathan said he would give the people of the zone freedom to express themselves in the way they know best, which is business.

President Jonathan said that despite the challenges faced by Ndigbo, they have been able to overcome such and improve in their various businesses, stressing that such innovation has helped to improve the economic base of the country.

He said: “Though there are challenges Ndigbo have faced over time, despite such challenges they have done well. We will encourage them to move faster and do more. All we need are prayers from everybody to succeed for the interest of the country.”

President Jonathan assured the youths of the country that if elected into office for a second term, his administration will focus its attention on empowering the youths in the country, stressing that he had already started doing that through YOU-WIN programe.

The President assured the people of the state that his administration will not disappoint the people if given their votes and mandate, stressing that with the return of the railways in the transport system, the economy of the country will improve.

Earlier in his speech, the state governor, Chief Theodore Orji, told the presidential entourage that they had no need coming to the state.

“Abia State is a PDP state and with your wife having her maternal roots here, Mr President, you are one of us, as everyone is a campaign manager for you.”

Orji said that the state and its people are ready to return the President to Aso Rock Villa come February,

“We did it before in 2011 general election when we gave you 100 per cent and we are going to do same again. This time around, no vote will be missing.”

He noted that the people of the state have been showing apathy in the collection of their Permanent Voters’ Cards [PVC].

“But Mr President, because of you, our people have increased their collection rate through our sensitization programme from 24% to 82%. So we are ready for the election.”