‘It has been sink or swim’ 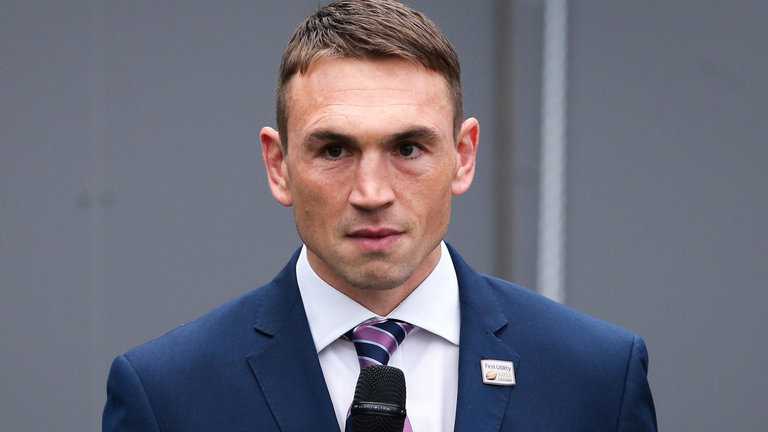 Former Leeds and England captain Kevin Sinfield is playing down his role of peacemaker but admits to having enjoyed some success in bringing a halt to rugby league’s civil war.

Five months into his role of rugby director for the Rugby Football League, the 36-year-old Sinfield was an important go-between in the rift between Super League clubs and the governing body during a winter of discontent.

As a highly-respected figure throughout his 19 years as a player, Sinfield was perfectly placed to act as mediator when England head coach Wayne Bennett’s demands on his Super League-based players put him in direct conflict with club bosses.

“The negativity over the last few months meant that it has not been the best time to start a new job but it’s been sink or swim and I’m still here thankfully,” said Sinfield.

“What I would say is that it’s a brilliant challenge, I’ve learned so much, and it’s getting easier every day.”

Relations between the clubs and the governing body plummeted to a new low when Bennett unveiled plans to take around 17 players away to Dubai for a warm-weather camp on the eve of the new season.

Such was the outcry that the camp was cancelled but in return the clubs agreed to release their players for a series of England training sessions throughout the season, as well as for the mid-year Test against Samoa in Sydney.

That was due largely to the diplomatic skills of Sinfield, who won 40 caps for his country and led Leeds to seven Grand Finals, three World Club Challenges and two Challenge Cup triumphs during his 13 years as captain.

“I think having that knowledge has helped trying to pull them both together.

“I realise when I joined that that relationship was fractured and I felt that for us to have a positive 2017 for Super League and for England, we all needed to be pulling in the same direction.

“A bit like when I played, if you are honest with people and build up a trust then you find you can get most things done.

“It wasn’t great that the camp had to be cancelled but we’ve put a plan in place now that offers complete transparency and gives clubs complete clarity over what is expected of their players for the year.

“I’m really positive about 2017, I think we’re in a pretty good place. I think some of the work that has gone on behind the scenes in the last two or three weeks particularly has got us off on the right foot.”

Initially given the brief of leading a review of England’s 2016 Four Nations campaign and putting in place a four-year plan for the 2021 World Cup, Sinfield’s job is now to ensure the new relationship between the clubs and the league lasts and he has also been asked to review England’s talent pathway and examine participation levels through the game.

“Obviously rugby is my passion and trying to piece something together that hopefully gets more people playing the game and produces better players is something I’m really keen to do,” he added.

Grab a NOW TV Sky Sports Day Pass and watch the top of the table clash, Chelsea v Arsenal, for just £6.99. No contract