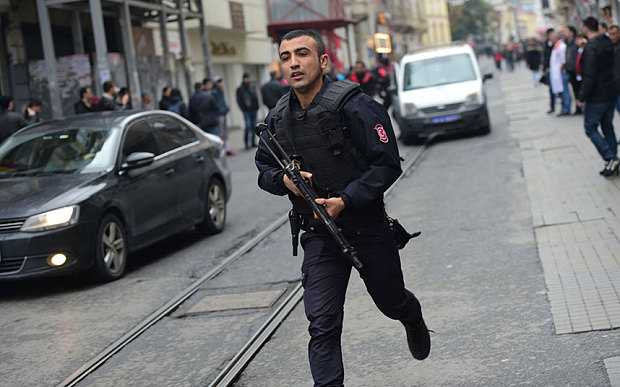 The White House confirmed on Saturday night that Americans, who were dual Israeli citizens, were killed in a statement in which Ned Price, a spokesman for the National Security Council condemned the “heinous attack”.

“Our thoughts and prayers go out to the families and loved ones of those killed, and we wish a speedy recovery to those injured,” he said.

Emmanuel Nahshon, a spokesman for Israel’s foreign ministry confirmed one of the Israeli victims was a 60-year-old woman, part of a group of 14 Israeli tourists on a culinary tour, the Washington Post reported.

At least 11 other Israeli tourists were injured after they had just finished eating their breakfast.

Irish citizens were among the wounded said Charlie Flanagan, the Irish minister for trade and foreign affairs, as he described his “horror and sadness” at the attack.

The pro-Kurdish Peoples’ Democratic Party (HDP) condemned the “unacceptable and inexcusable attack”, which it described as “a terrorist act that directly targets civilians”.