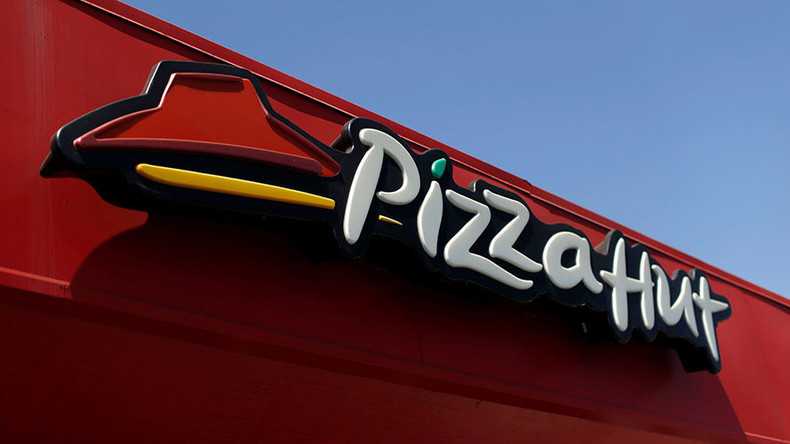 A since-deleted tweet posted to an Israeli Pizza Hut account read: “Barghouti, if you’re going to break a strike, why not pizza?” It appeared along with a doctored image of Barghouti’s cell with a slice of pizza and a Pizza Hut box visible.

Israel’s @pizzahut mocking Palestinian hunger-strikers: The banner says “Barghouti, if you break the hunger strike, why not pizza?” pic.twitter.com/P5mHfwREZH

The hunger striker, who is leading around 1,300 prisoners on a hunger strike against conditions in Israeli prisons, was purportedly filmed by prison services eating in his cell. The authenticity of the video has not been verified.

Pizza Hut was quick to apologize for the ad, claiming their relationship with the agency responsible had been terminated.

The apology wasn’t enough to calm the outrage online, however, with #Boycott_PizzaHut trending as a result. One user asked it to apologize with actions not words and close its branches in “illegal Israeli settlements.”

Pizza Hut taking some advantage of the hunger strike to make some money.#boycottPizzaHut@pizzahut@pizzahutisraelpic.twitter.com/KaloSkoAX7

A FB post is not enough @pizzahut. Cutting ties with the oppressor is what might make it up for the thousands U offended!! #Boycott_PizzaHutpic.twitter.com/iUZsJN9lD8

Another tweet read:“BDS says hi!” It was referencing the Boycott, Divestment, Sanctions movement, aiming to pressurize Israel to improve its relations with Palestine.

The Palestinian prisoners are fighting for their people,land,freedom and dignity #Boycott_pizzahut if you stand with them.#قاطعوا_بيتزا_هت

@pizzahut thought its “smart” advertisement would be a hit. Well, yes it is! BDS SAYS HI! #Boycott_PizzaHut#DignityStrikepic.twitter.com/ZbZ7u0Ssw6

The striking prisoners are demanding improved conditions including visits, medical treatment and education. Last month Barghouti told The New York Times that the hunger strike sought to put an end to “torture, inhumane and degrading treatment, and medical negligence,” in Israeli prisons.

I support the palestinian hunger strike and i #Boycott_pizzahut

Yes I support #boycott_pizzahut , you can not make jokes about hunger strike!! It’s not funny!!

Barghouti, who was sentenced to five life sentences for five murders, plus 40 years for attempted murder, said “Israel’s courts are a charade of justice, clearly instruments of colonial, military occupation,” while Israeli prisons have become “the cradle of a lasting movement for Palestinian self-determination.”