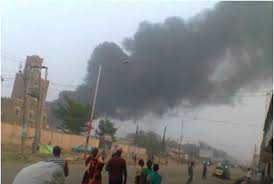 As a proactive measure to guard against a likely attack by the Boko Haram sect, the Cameroonian immigration authorities have deported about 450 Nigerians living illegally in the country.

Those affected were picked up from Kousseri, a border town between Cameroon and Chad where they had initially been sent packing by the authorities in that country.