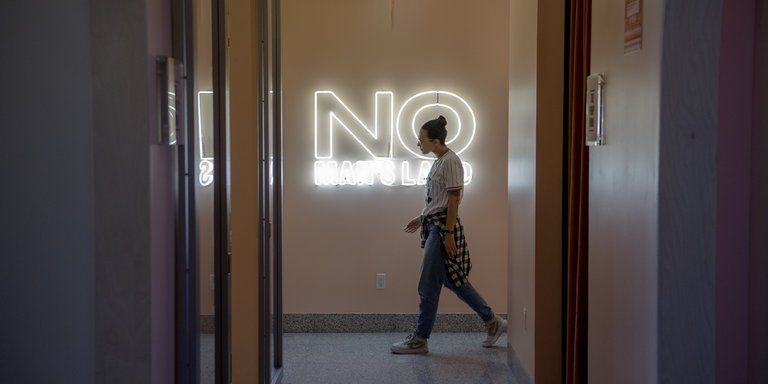 The Wing, the members-only association for women that calls itself “a coven not a sorority,” has presented its clubhouses as impeccably designed safe spaces for women to work, network, nosh, primp and talk politics.

Now, a year and a half after first opening in the Flatiron district of Manhattan, the company is also the subject of an investigation by the New York City Commission on Human Rights for possible discrimination violations, said Seth Hoy, a spokesman for the commission.

“We are investigating the Wing after receiving a tip from the public and reading media coverage of their policies,” Mr. Hoy said. The news was first reported by Jezebel.

There are currently two other Wing locations, in SoHo and in Brooklyn’s Dumbo neighborhood. With expansion into other cities planned, the Wing has more than 2,000 members and has hosted discussion about films, books and current events, attended by prominent women including Senator Kirsten Gillibrand, the actress Jennifer Lawrence and the journalist Christiane Amanpour. An all-access membership, when paid monthly, costs $3,000 per year.

It has retained the services of some men. For instance, Tony Florence, a general partner at the venture capital firm NEA, led an $8 million fund-raising round (the Wing has raised more than $40 million total). The Wing has also used male plumbers and electricians. But membership is for people who identify and live as women, said Audrey Gelman, a founder of the Wing, in an interview with The New York Times in October. “We still believe women deserve spaces of their own,” she said.

The Colony Club and the Cosmopolitan Club, both in Manhattan, are women’s membership clubs, but they permit men on their premises as guests of members, which the Wing does not. The Colony and Cosmopolitan both employ men in positions such as doormen and waiters.

In an interview this week, Ms. Gelman said that the Wing does employ men, but she would not say how many or in what capacity.

Mr. Hoy declined to cite any specific potential violations the Commission on Human Rights is investigating. “We can’t speak about open investigations and we can’t discuss the scope of possible violations,” he said.

Asked if there are male-only clubs in New York and if the commission is investigating them as well, Mr. Hoy said, “I’m sure there are. We don’t comment on open or potential investigations.”

A lawyer representing the Wing said the commission’s use of the term “investigation” is an overstatement of its action. “All that has happened is that the Wing and the commission have mutually agreed to have a conversation,” said Karen L. Dunn, a lawyer with the firm Boies Schiller Flexner, whose chairman, David Boies, represented Harvey Weinstein in the film producer’s effort to help block press coverage of allegations of sexual harassment. Ms. Dunn, who was not personally involved in Mr. Weinstein’s representation, is a litigator who has previously represented Uber and is a “crisis management expert,” according to a biography on her company website.

This has not seemed to result in a public relations crisis for the Wing. Ms. Gelman has many influential friends and professional contacts, and the Wing’s membership includes many journalists, including some at The Times. Dozens of supporters have rallied on social media to defend the Wing.

Hari Nef, the trans model who appeared on the cover of the Wing’s magazine, “No Man’s Land,” used the same hashtag to register her support.

Earlier this week, Eric Phillips, a spokesman for Mr. de Blasio, told the New York Daily News, “The mayor is fully supportive of the Wing’s mission, and we are confident the human rights commission and the Wing can work together to ensure the law is being followed so that the Wing can continue to focus on its important work.” Mr. Phillips and Ms. Gelman previously worked together at SKDKnickerbocker, a public relations firm.

Ms. Gelman also has a supporter in New York City Comptroller Scott M. Stringer, for whom she worked as spokeswoman during his campaign in 2013. “It is hard enough for women- and minority-owned businesses to get off the ground and we should be celebrating them,” Mr. Stringer said in a telephone interview. Like all government departments, the Commission on Human Rights “has limited resources, I wonder if this really is a priority.”

A fourth location of the Wing is scheduled to open in Washington, D.C. in early April.