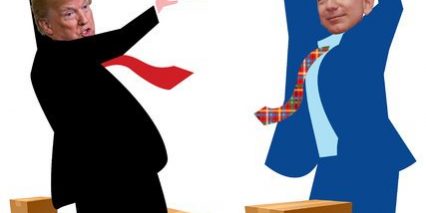 SEATTLE — Five times in the last week, President Trump has pointed his Twitter arrows at Amazon over what he insists is a bad deal for the United States Postal Service.

Mr. Trump wrote on Tuesday that the agreement, which sets what Amazon pays the Postal Service for many orders, costs American taxpayers billions of dollars. “I am right about Amazon costing the United States Post Office massive amounts of money for being their Delivery Boy,” he wrote.

The details about the deal are not public — they are considered commercially sensitive information — but some of the available evidence suggests the opposite: that Amazon has been a boon to the Postal Service.

The Postal Service has experienced a steady decline in the amount of mail it ships as more of its customers turn away from postcards and letters in favor of email, texting and other forms of digital communication. The total pieces of mail it shipped last year was 149 billion, down from 212 billion a decade earlier.

Yet there is a bright spot — its business of package shipping, including Amazon orders, which grew to 5.7 billion packages last year from 3.3 billion in 2008. Several years ago, the Postal Service added Sunday delivery for Amazon packages.

The agency reported a net loss of $2.7 billion on $69.6 billion in revenue during its last fiscal year, which ended Sept. 30, and faces huge retirement benefit obligations. Without Amazon’s business, the financial picture at the Postal Service would most likely be bleaker, many analysts say.

“It is one thing to demand better financial performance from the U.S.P.S., but something very different, in our view, to equate the U.S.P.S. financial struggles with the rise of Amazon,” Colin Sebastian, an analyst at Baird, a stock research firm, wrote in a research report on Tuesday. “If nothing else, the U.S.P.S. was already generating billions of dollars in operating losses well before Amazon became a large customer.”

Of course, Amazon very much depends on the Postal Service to take their packages the last mile to their destination. By one estimate, about 40 percent of Amazon’s orders are delivered by the agency, with the rest handled by U.P.S., FedEx and a hodgepodge of other carriers.

Companies that do a lot of shipping, like Amazon, often negotiate deals with the Postal Service to pay less than an ordinary person would to send goods. It is essentially a discount for buying in bulk.

That is where the president seems to be focused, and partly why Amazon’s stock has fallen sharply in the last week. Its shares are down more than 20 points — nearly 1.5 percent — since March 28.

But the Postal Service says all such deals it makes are profitable — and must be by law.

An independent body, the Postal Regulatory Commission, oversees the rates that the Postal Service charges for its products. By law, the agreements it cuts with corporate customers like Amazon must cover their “attributable costs” that directly result from their use of the postal network.

Amazon helps lower those costs by organizing the packages it takes to the Post Office by destination ZIP code in over 35 sorting centers around the country, leaving less work that must be done by postal workers. The company relies on the Postal Service strictly for last-mile delivery to customers, short trips that further limit the cost of delivering each package.

But in one of his tweet attacks, Mr. Trump seemed to dispute whether Amazon was covering the Postal Service’s costs, saying that “it is reported that the U.S. Post Office will lose $1.50 on average for each package it delivers for Amazon.”

Mr. Trump’s figure appears to have come from an opinion piece published last year in The Wall Street Journal and written by an investor whose firm held shares in FedEx. The piece argued that the Postal Service was undercharging for the agency’s fixed costs, like its post offices and trucks, when calculating its package contracts. The investor said that the minimum amount that the agency allocates to package delivery and similar products — 5.5 percent of the agency’s total fixed costs — is far too low.

The piece relied on a research report from last April by Citigroup, which said that if those costs were fairly accounted for, it would cost $1.46 more to ship an average package through the Postal Service. Joseph Corbett, the chief financial officer of the Postal Service, previously and said it provided an “inaccurate and unfair account” of its package business.

While the Postal Service is subject to Freedom of Information Act requests, there is an exemption in the federal law that allows it to avoid releasing particulars of its deals with private businesses like Amazon, said Kevin Kosar, vice president of policy at the R Street Institute, a nonprofit conservative-leaning think tank, who has studied the Postal Service.

Amazon’s silence about the details of its contract haven’t helped clarify matters. Spokesmen for both the Postal Service and Amazon declined to comment for this article.

A spokesman for the White House, Raj Shah, didn’t respond to a request for comment.

Mr. Kosar said he considered it “wildly unlikely” that Mr. Trump has reviewed the Postal Service’s contract with Amazon and that the president is “kind of talking through his hat.” Still, he said the Citigroup analysis of the accounting of the Postal Service’s deals with companies like Amazon shouldn’t be dismissed.

There are four commissioners on the Postal Regulatory Commission, none of whom was nominated by Mr. Trump, with one vacancy. The nominations require Senate confirmation.

Mr. Kosar said he expected rates to rise. He said the commission had indicated in regulatory filings — before the flurry of tweets by Mr. Trump — that it would consider increases in shipping prices.

“It’s just a question of magnitude,” he said.