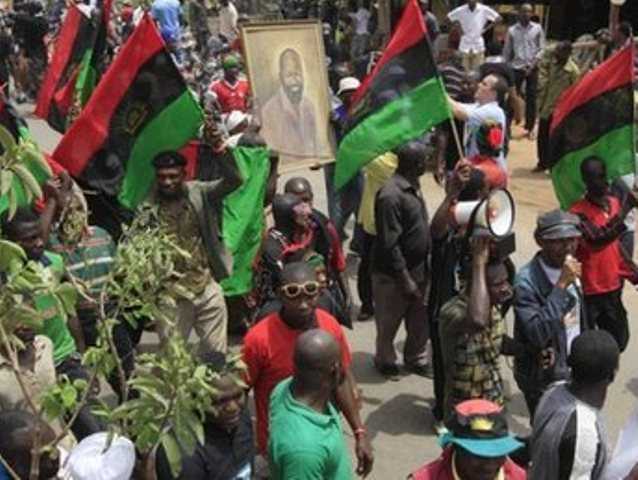 BACKGROUND
The Eastern part of Nigeria is a made of predominantly Christian population whose way of life is different from their Northern Counterpart that are predominantly Muslims. These two groups of people existed on their own without the other part for thousands of years before the coming of the white men. There were amalgamated in 1914 by the then Governor of the Colonized Niger Area – Lord Frederick Luggard for the purpose of convenience of governance of the area. The amalgamation of the North and the South of the Niger-Area came into force and it was Flora Shaw that gave it the name Nigeria, coined from the word – NIGER + AREA.

After the flag independence of Nigeria in 1960, the crop of leaders that took over from the colonial masters in their effort to gain control of the Nation through undue influence gradually planted the seed of nepotism, hatred, and ethnic division among the worst of all, corruption that has continued to cripple Nigeria to date.

Over time, the notion that the Ibos were domineering people gradually degenerated into hatred that caused the massacre of the Easterners in the North in an effort to curb their presumed influence and abilities as they were the most educated and versatile of the people of Nigeria. The unending massacre resulting from greed and nepotism caused the then Governor of Eastern Nigeria – Cornel Odumegwu Ojukwu to declare a Republic of Biafra in 1967. The declaration brought a civil war when the Nigeria government under Gen.Yakubu Gowan tried to force the Biafrans back into Nigeria, The war lasted for 3years from 1967 to 1970 before the Biafrans surrendered as a result of starvation ochestrated by against Biafrans though total blocked of every rout that food may be brought into Biafra land. Over 1.5million children and women perished as a result of using hunger as a weapon of warfare for the first time in the world, introduced by Pa Awolowo, the first Nigerian Minister of finance and economy under a military head of state.

MANY YEARS LATER
In order to appeal to the ego of the proud Biafrans, the war was declared no victor and no vanquished, but the actions that followed proved otherwise. The Biafrans to date lost all their property all over Nigeria, even in their homelands and they were subjected to undue treatment of receiving 20pound in exchange of any amount you must have saved in the bank before the war. It forced them to resign to fate and their only way out became to join one trade or the other and willing out their children as servants. But over the years, they succeeded and became the most popular businessmen in Nigeria.

TODAY
As a result of the flight from Biafra land occasioned by lack of work and conducive livelihood on Biafra lands as a result of government policies which include making it impossible for Biafrans to run any company that can employ up to 100 workers, impossible to import their goods through their closest seaport some 10kilometers to them and instead have to import through Lagos about 800kilomiters away and paying through en-rout to the numerous Nigeria uniformed officials back to their land.
These numerous ill treatment caused the rise of some opposition to Nigeria from this area. The first of its kind was from the Niger Delta area by Ken Saro Wiwa and his kinsmen from Ogoni, but they were all hanged by the Nigerian government under IBB, Then the Niger Delta boys went militancy to protest the oil spillage that was destroying their lands to date and the government of late Yaradua got wise and gave them amnesty. Other such groups are THE MEND, MASSOB and presently IPOB that is controlled by Nnamdi Kanu.

While the other groups seem to have come only to get money from the federal government, the IPOB has proved to be on a more serious mission to secede from Nigeria. Using Radio Broadcast and very advanced technology to reach the world without control from Nigeria, IPOB has managed to cause a serious nightmare to the Nigerian government.

Nigerian government seriously tried but failed to block the signal of the radio playing into Nigeria, mostly the Eastern part of Nigeria, they resorted to the only method associated with “Black People” force.

NNADI KANU Sets a trap, Nigeria falls headlong into it.
“How could Nigerian Government be so insensitive to fail to decode that Nnamdi Kanu intentionally came down from United Kingdom to be arrested and they played into the trick? He is an educated man who calculates all his moves. Nigeria will never remain the same again after this arrest because this arrest has given more publicity to the Biafran cause than the Biafrans and even their leader Nnamdi Kanu would have dreamed. Now that Amnesty International has talked about it, New York Times and all the News Papers in Nigeria have carried it from the arrest to the bail. I think that is all Nnamdi Kanu needed to go to the next level of the struggles.