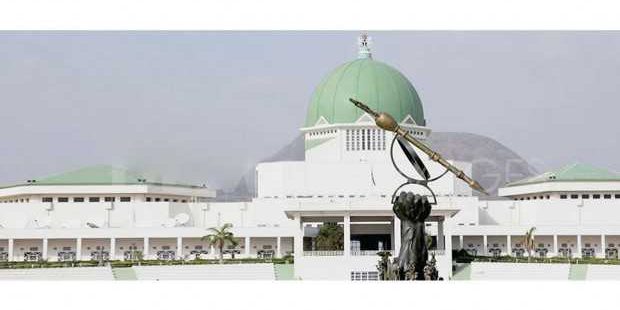 Nigerian Tribune gathered that the largesse for members was to be about $100,000 but some were given $40,000 while others did not get anything at all.Nigerian Tribune learnt that trouble started when some members of the House were reportedly confronted with documents by some presidency officials who reportedly opened up on the largesse routed through some members of the House leadership.Nigerian Tribune further gathered that the development forced some key members in the House to demand for executive session to iron out the ugly development.Nigerian Tribune also learnt that at a meeting that preceded Tuesday’s executive session, a meeting was held between members and the House leadership but the Speaker, Honourable Aminu Tambuwal was said to be absent at the meeting.At the meeting, which Nigerian Tribune learnt was tense, reportedly had some members questioning the House Leader, Honourable Mulikat Adeola-Akande who traditionally ought to be the go-between the presidency and the members, but she reportedly told the gathering that she knew nothing about the largesse.It was gathered that members at the meeting were so angry that they reportedly promised to effect changes in the House leadership from both the Majority and the opposition except the Speaker, who was reportedly going to be spared.However, at Tuesday sitting the House entered into a closed door session, to discuss the largesse crisis and the 2014-2016 Medium Term Expenditure Framework (MTEF).But Deputy Chairman of the House committee on Media and Public Affairs, Honourable Victor Ogene who briefed newmen after the closed door session denied the insinuation that presidency largesse was causing crisis in the House.Instead he claimed that the closed door session dwelt on the MTEF, and  insecurity in Borno as well as the burial arrangements for their late colleague, Hon. Raphael Nomiye.On the allegation, the deputy House spokesman said that it was not true, saying that, “If money went round in the Senate, I’m not a senator, and I’ve not read any such report. In fact, I have not seen any dollar. So, if money has come from anywhere, the question should be put to the person sending the money. I will be glad to get money on behalf of my people, if you have a leeway to the person sharing the money. But seriously speaking, you all saw us when we came out, smiling. The issues I told you clearly was between those, who insisted that the benchmark remains at $79 and those, who felt that it was okay at $76.5.”He however said that, “I have always insisted that we cannot be blackmailed as a House. If the attempt to make us stand at a particular benchmark, at a particular figure is to blackmail us, then I wonder why a House, which decided on $79 would be the same that received money, and is keeping it. I mean, it does nor correlate. It does not add up, at all.”The deputy spokesman of the House added that,“So as we speak, $79 is the position of the House, but several members, in their own wisdom, also decided that we should give the committee an open mind to go for that kind of negotiation because, if you stick to one particular price, it’s like foreclosing discussions. So, if there are superior arguments or fresh facts that would be put before the committee, regarding why there has to be a shift, I’m sure the committee is better informed now to take a decision at the Conference Committee level.”Meanwhile, Honourable Aminu Tambuwal over the House budget and the Medium Term Expenditure Framework (MTEF) which is to form the basis of 2014 budget benchmark.Sources close to the Reps confirmed to the Nigerian Tribune in Abuja that the same stormy executive session show members raising allegations that the leadership has not been forthcoming on details of the 2013 House Budget.Sources in the House confirmed to the Nigerian Tribune that the executive session that lasted for two hours was not just stormy but saw a number of Reps calling for the heads of the leadership.It was learnt that members erupted in anger over what they called the leadership’s failure to account properly for the  House internal budget for 2013.A member who spoke in confidence stated that the members were shocked that the leadership had taken them for granted all along.It was also gathered that members were also angry that the leadership appeared to have connived with an opposition party to bring them into collision against the Senate on the MTEF.It was learnt that the leadership allowed the opposition figures in the House to lead them astray after the two chambers and the executive had agreed with the executive on the budget benchmark of $76.5 per barrel for 2014 budget.Members were said to have expressed their disappointment at the inability of the leadership to convince members on why the House reneged on the agreement reached with the Senate  and the executive on the oil benchmark of $76 .5“I can confirm to you that the executive session that lasted for more than two hours was stormy. The  politics of MTEF polarized members? We demanded for explanation as to why  the House was set on collision course with the Senate on the issue of the benchmark. We also asked why the leadership could not account for the House budget of 2013. And there appeared a deliberate attempt to divert attention of lawmakers on this issue,” a source said.