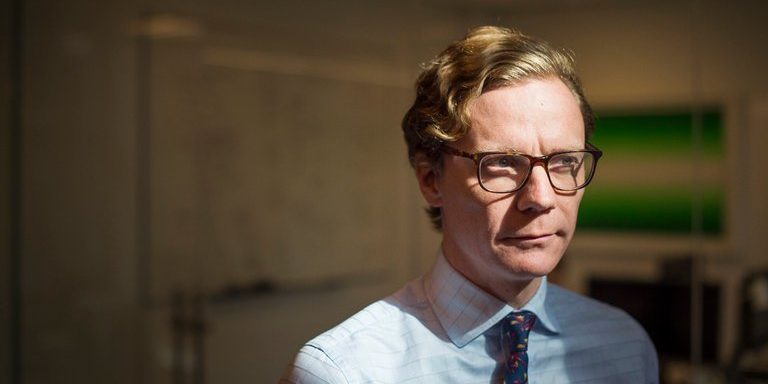 SAN FRANCISCO — The embattled voter-profiling firm Cambridge Analytica quietly sought to develop its own virtual currency in recent months through a so-called initial coin offering, a novel fund-raising method that has come under growing scrutiny by financial regulators around the world.

The planned coin offering and a broader push into the world of virtual currencies were an indication of Cambridge Analytica’s willingness to expand into risky, new technological realms. But much like its acquisition of Facebook data to build psychological profiles of voters, the new business line also took the firm into murky ethical and legal situations.

Documents and emails obtained by The New York Times show that Cambridge Analytica’s efforts to help promote another group’s digital token, the Dragon Coin, associated the firm with a famous gangster in Macau who has gone by the nickname Broken Tooth.

Cambridge Analytica’s own digital token was supposed to help people store and sell their online personal data, Brittany Kaiser, a former employee of the voter-profiling firm, said in an interview. The goal was to protect that data from more or less what the company did when it obtained the personal information of up to 87 million Facebook users.

“Who knows more about the usage of personal data than Cambridge Analytica?” Ms. Kaiser said. “So why not build a platform that reconstructs the way that works?”

The effort was overseen by Cambridge Analytica’s British chief executive, Alexander Nix, who was forced out of the company in March after he was caught on tape bragging about his company’s approach to political work in other countries, including the use of shell companies and strategies designed to entrap opponents. The Facebook data revelations and Mr. Nix’s comments appear to have put the virtual currency work, which was still in the early stages, on hold.

Initial coin offerings, or I.C.O.s, are a method of fund-raising in which companies sell their own virtual currencies. The tokens are generally structured like Bitcoin, using a so-called blockchain to record transactions. The coins are usually designed to be used as an internal payment method in software that the start-ups are building. Over the last year, companies have raised over $6 billion through I.C.O.s.

Coin offerings generally avoid the regulatory oversight that accompanies traditional fund-raising methods, opening the door for significant fraud. A number of coin offerings have been shut down by law enforcement, and there are several broad investigations of the industry by regulators around the world.

“There are only a handful of more controversial areas it could have expanded its business into,” said Tim Swanson, a consultant to companies in the industry, who was briefed on the Cambridge Analytica coin offering.

A spokesman for Cambridge Analytica did not respond to multiple requests for comment.

Cambridge Analytica began working with coin offerings in the middle of last year. The business was guided by Ms. Kaiser, an American who led the company’s business development and previously appeared at a press event with organizers of the “Brexit” campaign to get Britain out of the European Union.

Jill Carlson, a consultant who has worked with several blockchain companies, attended meetings where Cambridge Analytica pitched its services to virtual currency companies, including one that Mr. Nix attended.

Ms. Carlson said the Cambridge Analytica employees had bragged about their success in helping get President Trump elected and their ability to carefully target advertising campaigns using data from social networks like Facebook.

She also remembers they spoke about an array of potential campaigns. The most unusual idea involved sending virtual currencies to people in far-flung regions of Mexico. The payments would give people incentive to fill out surveys and get data that could then be used to help design campaigns for Mexican political candidates.

Ms. Carlson said the pitch was contrary to the ideas of openness and transparency that drew her to virtual currency projects like Bitcoin.

“The way that Cambridge Analytica was talking about it, they were viewing it as a means of being able to basically inflict government control and private corporate control over individuals, which just takes the whole initial premise of this technology and turns it on its head in this very dystopian way,” she said.

Cambridge Analytica did win over some clients. Last summer, Ms. Kaiser’s team began working with Dragon Coin, a new virtual currency that was designed to be used by gamblers. The coin was supposed to make it easier for people to get their money to casinos in Macau, an island that is technically a part of China with some independent political structures.

Cambridge Analytica had little public role in promoting Dragon Coin. But behind the scenes the company emailed potential partners and investors and arranged for some of them to take all-expenses-paid trips to a glitzy Dragon Coin event in Macau.

The South China Morning Post published a photo from the event showing Wan Kuok-koi in attendance. Mr. Wan is known as Broken Tooth Koi from his days as the leader of the famous 14K gang in Macau. He was released from prison in 2012 after serving a 14-year term.

The founder of Dragon Coin, Chris Ahmad, told Business Insider at the time that Mr. Wan “is not involved in Dragon, and he is not financing Dragon in any way.”

But documents sent in September to potential investors by Dragon Coin’s co-founder Paul Moynan listed Mr. Wan as the sponsor of the initial coin offering and included his picture. Ms. Kaiser was included in the email. A separate Dragon Coin document that Mr. Moynan sent out at the same time listed Mr. Wan as one of a few high-profile supporters of the project.

When reached recently, Mr. Moynan initially said that his email address had been hacked and that he did not recognize the documents. He later said the documents were a “hypothetical wish list” of a “junior staff” member.

“We will be conducting an internal investigation, as unfinished draft documents would never have been indicative of actual agreed partnerships,” he said.

Ms. Kaiser said that her work on the Dragon Coin event in Macau had been done in a personal capacity, and that the Dragon Coin team had told her that Mr. Wan was not involved with the project.

Dragon Coin claimed it raised over $300 million from investors last fall. That total has been hard to verify. But like many coin offerings, Dragon Coin has failed to live up to its promises.

The document sent to investors in September said Dragon Coin had secured a partnership with Visa to release a debit card that would work on the Visa network. A spokeswoman for Visa said that there was no partnership and that no Dragon card had been approved, as is necessary for a card to be issued.

The documents last summer also said the Dragon app, which would let investors use its virtual coin, would be available in September. When that didn’t happen, the company promised the app in January — but it still has not appeared. In the meantime, the company has spent its money sponsoring a Formula E car racing team and a team climbing Mount Everest.

The setbacks did not stop Cambridge Analytica from plunging further into the virtual currency realm. The company’s New York office continued reaching out to potential investors and partners, emails show. And in January, Ms. Kaiser hosted a side conference dedicated to blockchain projects, known as CryptoHQ, at the World Economic Forum’s annual conference in Davos, Switzerland. Mr. Nix spoke on a panel at the event.

He said that the technology would be helpful in solving the very problems that Cambridge Analytica has since become the emblem of — the abuse of online personal data.

“We’re going to see a new type of economy emerging where people can start to take ownership of their data and monetize on their data,” Mr. Nix said, according to a tweet from the CryptoHQ account. “And that is only possible through the blockchain.”

The virtual currency that Cambridge Analytica was designing was aimed at exactly this problem, and would have also helped the company raise money from investors.

The company wrote a document describing the technical specifications of the coin, Ms. Kaiser said. Her account was confirmed by another person who worked on the project and agreed to speak on the condition of anonymity. The work was overseen by Alexander Tayler, the firm’s chief data scientist and briefly the interim chief executive after Mr. Nix stepped down.

Ms. Kaiser left Cambridge Analytica in February and has been sharply critical of the company since then. As far as she knows, the coin offering has not moved forward. But she is still working on similar concepts at her new consulting firm, Bueno Capital.