In push to reclaim Raqqa, Trump’s choices range from bad to worse 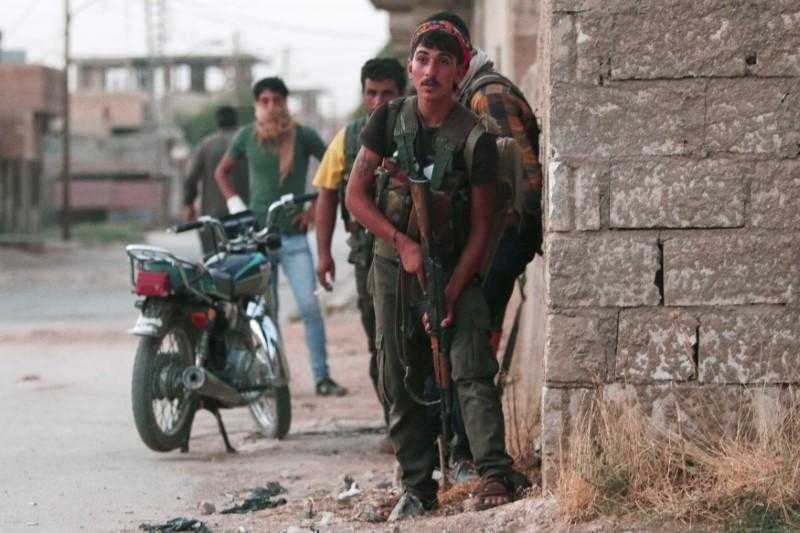 WASHINGTON U.S. President Donald Trump’s push against Islamic State in Syria could present him with an unenviable choice: Alienate NATO ally Turkey by relying on Kurdish fighters or adopt a plan that may slow the assault and require many more U.S.

The objective of the coming U.S.-backed offensive is the city of Raqqa, Islamic State’s de facto capital, which U.S. officials think the hardline group has been using as a hub to hatch plots against the West.

Despite months of U.S. efforts to allay Turkish concerns, Ankara is insisting the offensive be carried out by local Arab fighters with support from Turkish troops, as opposed to the U.S.-backed Syrian Democratic Forces, or SDF, which in addition to Arabs includes Kurdish fighters who Turkey considers a threat.

As Ankara warns of a major rupture in ties if its concerns are ignored, U.S. and Turkish military officials have been reviewing Turkish proposals for the Raqqa campaign in recent days, one U.S. official said. No decision has been reached, officials said, speaking on the condition of anonymity.

A senior Turkish official, also speaking on condition of anonymity, estimated that as many as 10,000 fighters could be made available for the Raqqa campaign, in addition to Turkish and any U.S. forces backing them.

U.S. officials, however, have questioned whether the Turkish-backed forces are up to the job, at least anytime soon, noting the difficulty Turkish-backed rebels had this week driving Islamic State from the town of al-Bab, which is a significantly smaller and easier target than Raqqa.

In a reminder of the threat, even after al Bab was seized on Thursday, an Islamic State car bomb killed more than 50 people in a nearby Syrian village on Friday.

It is also unclear how Turkish forces would get to Raqqa, perhaps by carving a path through Syrian-government-held or Kurdish-held territory. A U.S. intelligence official also noted that Turkey might want to clear the town of Manbij of Kurds before going to Raqqa.

Turkish-backed forces still may need to be trained and, potentially, supplemented by a far larger number of American troops than the 500 special operations forces in Syria now – all factors that could slow and complicate the Raqqa campaign.

“To the extent that President Trump has expressed a desire to take Raqqa as quickly and forcibly as possible, the only force that’s poised to do that is the SDF,” said Blaise Misztal, the director of the national security program at the Bipartisan Policy Center.

The SDF, on the other hand, is far larger than Turkey’s proposed force.

The Arab component of the SDF that would aid the Raqqa operation is estimated at around 27,000, U.S. officials say, but U.S. intelligence officials say it remains disorganized and unevenly trained and requires support from Kurdish forces that are the alliance’s best local fighters.

Even if the United States supports the SDF in the assault, U.S. military officers hint that more U.S. troops might be needed.

CBS News quoted U.S. General Joseph Votel, the head of the Central Command, who visited Syria on Friday, saying earlier this week that the forces the United States is backing “don’t have as good mobility; they don’t have as much firepower.

“So we have to be prepared to fill in some of those gaps for them,” he said.

A decision to go with the SDF could create logistical hurdles for the United States because Turkey would likely oppose allowing U.S. troops to deploy on its border to provide close air support and long-range rocket artillery fire for the operation, said an adviser to the U.S. military.

Turkish ire also could complicate the flow of supplies to the front lines, the adviser added.

“More would come through Iraq, and it goes a bit slower and you get protests and consternation from the Turks,” the adviser said, speaking on condition of anonymity due to the discussions

Who would hold Raqqa after Islamic State is expelled is a factor in Syria’s long-term stability. Misztal questioned whether Syrian President Bashar al-Assad would let Turkish forces hold the city. Turkey has warned that any Kurdish-dominated force could trigger a backlash by the city’s mostly Sunni population.

Marine Corps General Joseph Dunford, chairman of the Joint Chiefs of Staff, acknowledged the challenges in Syria during a forum in Washington on Thursday.

“When we provide (Trump) options, we’ll talk about the importance of our Turkish ally and making sure that our plans are consistent with maintaining a strong alliance with Turkey,” Dunford said, listing other factors the president will have to consider, including the role of the Kurds.

He did not discuss specific options before the completion of a draft plan for combating Islamic militants, which is due by Monday.