In Port Harcourt: Yet Another Police Killing of an Innocent Person – A Bus Driver 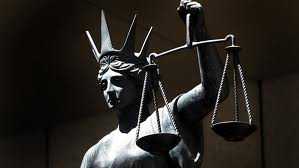 A commercial bus driver was shot dead yester-day around Whimpy junction, Obio Akpor local government area by a Policeman. It was also gathered that one other person was hit by stray bullet. Eye witnesses explained that the Policeman ordered the driver to park and the next thing they heard was a gunshot.

The incident triggered a protest as youths in the area immediately besieged the Kala Police station.

The protest caused a major traffic gridlock as motorists were stranded for several hours.

At press time more Police men had been deployed to the area. And they were firing canisters of tear gas to clear the road for movement of traffic.

According to eye witnesses, the bus driver who was shot by the Policeman was rushed to the hospital. They said he died on the way. And the question remains: will there ever be justice for the dead bus driver and for so many others that fell at the instance of trigger-happy police officers.

A text message to the state Police Public relations officer, DSP Ahmad Muhammad for comment on the issue was not responded to at the time of this report.

It will be recalled that the state government got the Police to set up a traffic management team for Port Harcourt after dissolution of the Rivers state Traffic Management body established by the out gone government.