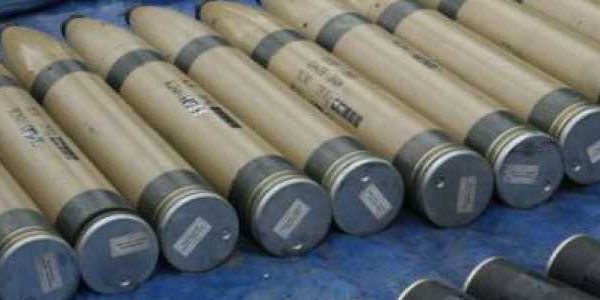 The Army on Saturday said it intercepted a petrol tanker vehicle loaded with arms and ammunition in Kebbi State.

The Commanding Officer, 1 Battalion, Nigerian Army, Lt. Col. Sunday Ilori, told journalists in Birnin Kebbi that the vehicle, which had the logo of Mobil Oil, was intercepted on July 11, in a joint operation with men of the State Security Service.

According to an online news portal, freedomonline.com.ng, Ilori listed the items recovered in the fuel compartment of the oil tanker as three AK 47 Riffles, one RPG-2, nine AK 47 magazines, two bombs, three RPG chargers and 790 rounds of 7.62mm of special ammunition.

He was quoted as saying, “The arrest and confiscation of arms was sequel to the ongoing operations of the 1 Battalion of the Nigerian Army with headquarters in Sokoto, against insurgency and insurgent activities within its area of responsibilities.

“The efforts resulted in the arrest of one suspect, arms and ammunition and a petrol tanker on July 11, 2013 after a combined operation between the 1 Battalion of the Nigerian Army and the State Security Services.”

Ilori reportedly added that two other suspects had escaped when the vehicle was intercepted, assuring that investigation was on to “unravel the source and ownership of the arms and ammunition.”

The commanding officer appealed to the public to continue supporting the Army and other security agencies in the current war against insurgents in the country.