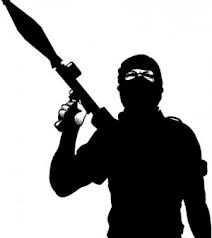 The police in Gombe State have confirmed the killing of two of its men on Sunday night by gunmen during an attack at a filling station in the state capital.

The state Police Public Relations Officer, Mr. Fwaje Atajiri, confirmed this in an interview with the News Agency of Nigeria on Monday in Gombe.

He said the gunmen attacked the Nigerian National Petroleum Corporation mega filling station on the Gombe-Biu road at 7.20pm with the intention of robbing the station, but failed.

He said the two policemen were killed by the robbers while some members of the gang escaped with bullet wounds.

He said the police were investigating the incident with a view to finding out where the wounded robbers were being treated.

Meanwhile, A former Lagos State Attorney-General and Commissioner for Justice, Prof. Yemi Osibajo, SAN, has identified government neglect as the main cause of Boko Haram.

He stated this in Lagos at a press briefing to mark the presentation of a book, It’s a journey by Bemigho Omayuku.

The legal icons, who noted that there was hope for Nigeria despite the prevailing insecurity, stressed the need for the government at all levels to fulfil its promises.

Osibajo said, “The reason we look up to 2015 is because we have hope. We know that God is able to do all things. When we, as a nation canvass for a change, I believe that change will come.

“Boko Haram is a measure of the helplessness of some. The reason anyone will consciously want to kill themselves is because they have lost hope and the reason they (or some) have lost hope is because government has not taken to its promises of providing for the poor and the vulnerable.”