Imolites To Mallam Okorocha Where Is N3bn Roche Paid For Adapalm 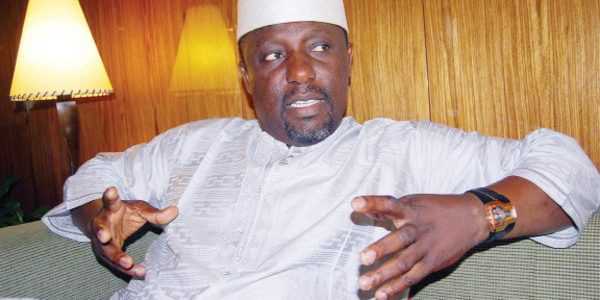 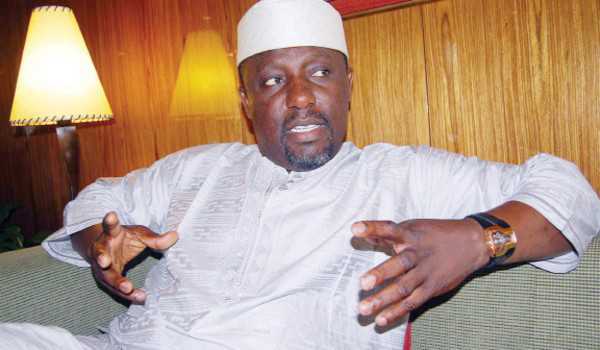 As Federal Govt UBE Inscription Appears on Roche Proto-type School Blocks he recent discovery by residents of Imo State that the much acclaimed 365 prototype schools being built across the state by the Owelle Rochas Okorocha government have Universal Basic Education, UBE inscription on them has raised uproar and doubt about the earlier statements of the governor concerning the Rescue Mission project.

Governor Okorocha has not ceased to publicly announce and inform Imolites that the privatization of state-owned down stream sector and multi million naira Adapalm oil settlement to an Irish company named Roche has yielded enormous dividends to the state. According to Okorocha who spoke during several addresses to the people especially annual budget presentations reportedly claimed that Imo state government realized the sum of N3bn from concession of Adapalm
Further details however from the verbal claims of the governor indicated that the amount was being used for the construction of Roche-type of classroom blocks in each of the 306 INEC wards in Imo state. The fashionable Roche-type of Classroom is a pre-cast building government sited on roads for public eyes. Even as the process of selling Adapalm public firm was shrouded in secrecy with suspected under-the-table-practices, until Gov Okorocha opened up.
While Roche undertook the building of the classy city schools on Whetheral Road formerly known as Township Primary School, other school projects started across the state still remain unfinished. However, midway the Roche-type precast school blocks stopped and gave way to normal building handled by private contractors. The change of guard in handling of the projects and differences sent alarming signals about the sincerely of the Okorocha’s Rescue Government. As residents of the state were confused about the change of guard handling the school projects, indications that state governments’ claim of building the school blocks from Roche payment through leasing Adapalm could be a ruse manifested when UBE inscriptions appeared on the walls of the pre-cast buildings scattered across the state.
Our correspondents who engaged in monitoring of the projects noted the trademark of UBE on the walls thereby doubting the earlier claims of governor Okorocha who told Imolites that the cost of the building was borne by the money realized from allowing Roche cater for Adapalm.
Trumpeta learnt that the UBE trademark has to be stamped by the state government to avoid sanctions from the federal government education body who threatened to withdraw from related fundings the state had enjoyed earlier. It was even gathered that agents of the government responsible for handling the project were at the verge of being arrested by anti-graft bodies over mismanagement of UBEC funds made available to the state since Okorocha came into power.
The outgoing Commissioner of Finance of Imo state, Deacon Chike Okafor who has been a regular visitor to Economic and Financial Crimes Commission, EFCC office, Abuja to explain issues concerning Imo financial situation once told newsman that part of the monies the Ohakim administration left in office was channeled into free education. It would be recalled that Ohakim had publicly disclosed that he left not less than N3bn in the state’s UBEC treasurer.
The recent discovery that the acclaimed Roche-type pre cast project is UBEC money from federal government and not proceeds from the privatization has elicited reaction from the general public.
A teacher in one of the public primary schools who refused to disclose his identity observed that the latest development is in contrast with the claims of the governor adding that Okorocha should publicly tell Imolites where the money he claimed to have been realized from Adapalm sale went to when UBEC, a federal government agency has claimed ownership.
Majority of Imolites who spoke to Trumpeta especially civil servants at the state secretariat on Port Harcourt road opined that the inscription of UBE on the Roche-type school projects has rubbished Okorocha’s claim of using Adapalm money to finance the projects. The workers demanded for further explanation on how much was realized and how it was spent if the governor deserves moral right to speak to Ndi Imo on his most cherished free education. They however added that Ohakim’s claim of leaving billions of naira in office which Okorocha government inherited is a fact after all.
Imo workers expressed regret that while there are deductions from their monthly salaries to prosecute the free education, the governor keeps claiming that the sale of Adapalm to Roche for a number of years yielded dividend used in bankrolling free education including the remnants of the Bond Ohakim said he left in Imo Coffers.