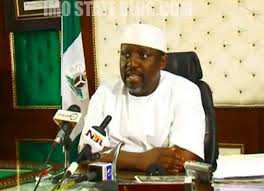 Governor Rochas Okorocha of Imo State has said that all the illiterate traditional rulers in the state would be given the opportunity to go to school to enhance their ability to deliver robust service to their people through the Community Government Council (CGC).

Okorocha spoke while addressing the traditional rulers and other stakeholders at Ahiajoku Convention Centre in Owerri, the state capital. According to the governor,

a programme would be introduced next year in tertiary institutions to assist illiterate traditional rulers to acquire basic knowledge in governance.

While attributing Nigeria’s underdevelopment to overbearing influence of the Federal Government, Okorocha called for the introduction of the CGC in all the 36 states of the federation to facilitate effective service delivery to the people.

Okorocha also assured all the communities with Ezeship tussle that his administration would resolve the issue in the next two months, asking the CGC executives to always work harmoniously among one another for effective service delivery.

He, however, said the Chairman of Imo State Council of Traditional Rulers, Eze Samuel Agunwa Ohiri, was included in the government’s protocol because of his (Ohiri’s) position as the CGC leader.