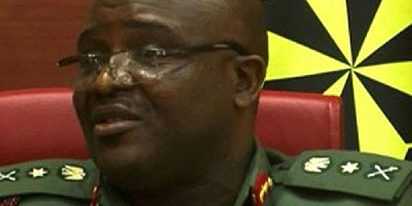 The immediate Chief of Army Staff, Lt.-Gen. Azubuike Ihejirika (retd.) on Sunday carpeted members of the Northern Elders Forum for vowing to drag him and six others to the International Criminal Court of Justice in the Hague over their alleged role in last year’s violence in Bama, and Giwa Barracks all in Borno State while battling members of the fundamental Islamic sect, Boko Haram.Ihejirika spoke with State House correspondents shortly after a service he attended at the Aso Villa Chapel.The former Army boss said the Northern elders’ statement was ill-conceived and probably based on misinformation.He said rather than instituting a court case against him, the elders should be thanking him, other service chiefs and his men for their contributions to restoration of peace in the region if they were really elders.
by Olalekan Adetayo