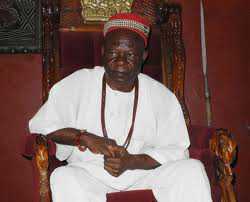 The traditional ruler of Nri Kingdom in Anambra State, Igwe Obidiegwu Onyesoh, has at last brokered peace between the leader of the Movement for the Actualisation of the Sovereign State of Biafra, MASSOB, Chief Ralph Uwazuruike and the founder of the Association of Igbo Youths, AIYO, Chief Rommy Ezeonwuka.

Onyesoh had conferred the chieftaincy title of Ijele Ndigbo on Uwazuruike and the title of Ogirishi Igbo on Ezeonwuka in January, 2012 at his palace in Nri during his Igu-Aro annual festival.

During the conferment, Onyesoh had charged the duo to lead Ndigbo with peace and harmony, adding that Uwazuruike, as Ijele, the biggest masquerade in Igbo land, should always move about and chart Igbo course together with Ogirishi Igbo, which in turn should serve as the spiritual cleanser to the Ijele.

But barely a year after the duo moved about together and charted Igbo course, misunderstanding crept in and they parted ways. At a stage, they even used their individual organisations to fight each other in a bloody battle.

But during a courtesy call on the monarch in his palace yesterday, the Igwe counseled them to sheath their swords and come together in the interest of Ndigbo. He added that they merely had a case of misunderstanding and communication gap brought about by sycophants.

The monarch charged them to regard the reconciliation as real and total, henceforth, adding that he would continue to monitor their relationship from time to time.

In his response, Ezeonwuka commended the monarch for his timely intervention in the misunderstanding, admitted that it is actually the duty of Ijele to always dance with Ogirishi Igbo, while the Ogirishi Igbo would continue to back Ijele with spiritual cleansing.

Efforts to get Uwazuruike to comment on the development proved abortive as he was hurrying to leave the palace for MASSOB headquarters, Okwe with his entourage, including the leader of Niger Delta Peoples Volunteer Force, NDPVF, Alhaji Mujahid Asari-Dokubo. Others in his entourage were the founder of the Odua Peoples Congress, OPC, Chief Fredrick Fasehun; former Chief Security Officer, CSO, to the late General Sani Abacha, Major Hamza Al-Mustapha and Abcha’s first son, Mohammed.