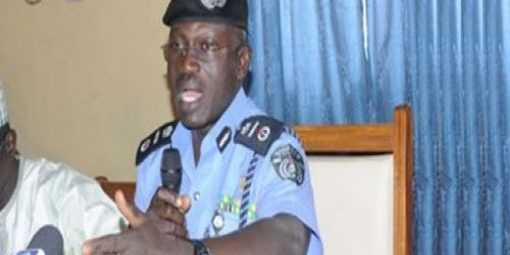 “We wish to reject and oppose the non-inclusion of an AIG of the Southeast extraction among heads of the NPF’s 12 Zonal Commands in Nigeria,” said the

International Society for Civil Liberties & the Rule of Law (Intersociety) in a statement entitled ‘Redeployment Of AIGs: Intersociety Rejects Exclusion Of Southeast From Operational Headship Of Zonal Commands’.

Issued in Onitsha, the statement was signed by Emeka Umeagbalasi, Chairman of the Board, and Uzochukwu Oguejiofor, Esq., Head, Campaign & Publicity Department. In it, Intersociety said:

“By the provisions of the Constitution of the Federal Republic of Nigeria 1999, the Inspector General of Police whether acting or substantive is the Chief Operational Head of the NPF and in exercise of such constitutional power; he or she must be guided by equity, fairness and pluralistic considerations. This is the plain requirement of Section 14 (3) of the Constitution. While the Police Service Commission promotes, transfers and disciplines police officers other than IGP, the IGP posts and operationalizes all police officers (from Constable to DIG) as well as all 6,651 police institutions and formations across the country.

“We see this as a major setback for a fight against the age-long ethno-religious policing in Nigeria. Our issuance of three public statements in three days concerning this anti civilization practice is as a result of deep worries we have over it and need to sustain the fight until the monumental wrongs are righted. This is because we consider it as a major generator of policing imbecility and corruption in the NPF and the country.

“This latest open display of impunity laden ethno-religious lopsidedness by the Acting Inspector General of Police is a clear confirmation that like his predecessor, ethno-religious jingoism may most likely form part of his official policing policies. This explains why we are worried over the appointment of “born before computer age” senior police officers in plum NPF jobs like IGP. ICT age goes with another common name called “society without borders” or “global village”. Those who are born outside this great homogeneous age or those who refused to adjust into it bear raw semblance of nowadays police chiefs in Nigeria. This is sad and shocking!!

“Finally, as former IGP, Mohammed Abubakar’s confirmation as the substantive IGP in 2012 was tied to his management of abusive and killer police roadblocks numbering about 3,500 across the country, which he swiftly dismantled to get confirmed (thanks to our organization’s consistent advocacy against them culminating in our December 2011 twin reports); the confirmation of Acting IGP, Suleiman A. Abba as the substantive IGP should as well be tied to his handling of ethno-religious domination in the NPF particularly in the areas of operational postings and assignment of duty posts. We call on Mr. President to take an actionable notice of the latest official blunder and recklessness by his newly named Acting IGP and order for its reversal.

“One major way of castrating ethno-religious top police zealots in the country lies on the table of the Police Service Commission. Once all top police promotions and appointments are strictly based on equity and fairness including geopolitical balancing, those charged with the constitutional duties of administrative and operational posting and management will expressly be castrated and forced to purge themselves of such ethno-religious zealotry.  The PSC, the Federal Character Commission, the leaderships of the National Assembly and the Presidency are, therefore, called upon to take legislative and executive notice of this latest constitutional blunder and infraction and take urgent steps not only to remedy it, but also to redirect the country towards a worthwhile pluralistic path.”