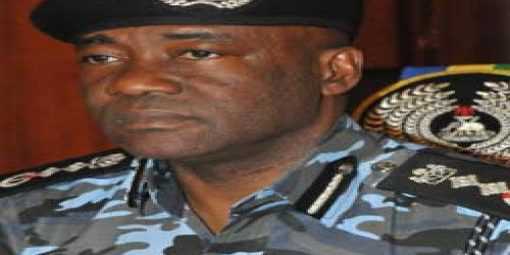 “Remember most of these places if you check there are no existences of police stations or police post.
“The Commissioners of police in the respective commands have to grapple with the manner they will take police men to such places and they will remain there permanently,” the IGP said.

He noted that the attacks happen inside remote rural communities with difficult terrains, where there are no telephone networks.

“Information comes to the police very late, because of network situation or network problem in this country,” he added.

The IGP further blamed the crisis on the nomadic nature of the herdsmen who have lost grazing fields and cattle routes in recent times due to the activities of farmers.

“They move from one place to another, from here to Cameroun to Niger to Chad. One of the challenges we have is that years back there were grazing places, there were routes for the Fulanis to follow, today the story is different, no grazing places no routes to follow,” he noted.

IGP Abubakar said policemen have been deployed to the flashpoints in Benue, Taraba, Kaduna and Zamfara states to maintain peace.

“Four units of mobile police men, from the headquarters here, which were led by the DIG Operations and CP Mobile, are right inside the bush, guarding those innocent souls [in Benue state] with their round huts and thatch houses,” he said.

The boss of the police, who described owning weapons, especially guns, without police permit as illegal, lamented that without adequate information arrests are difficult.

“When they are inside thick bushes were police stations and police men are not there, then it becomes completely difficult, except they are seen,” he said.

The IGP confirmed that the police made several recoveries of arms and ammunition from Fulani herdsmen and farmers on both sides. He also added that lots of firearms and ammunitions were recovered after the clashes.
It would be recalled that herdsmen/farmers clashes claimed about 55 lives in Benue just during the last weekend.