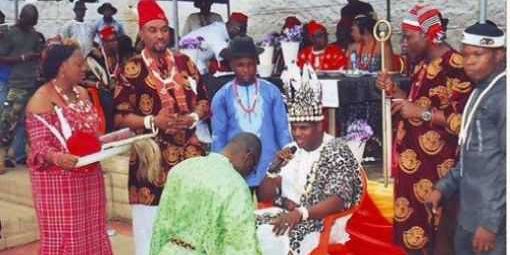 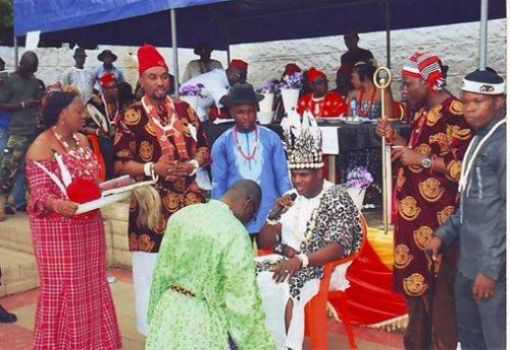 As a way to ensure that Igbo culture, tradition and language do not go into extinction,

the 4,000-strong Igbo population in the four regions of the Republic of Guinea namely (Futa Jalon, Forest, Madinga and Susu) would converge in Conakry on the September 13 for their cultural festival.

This year’s event would also include the presentation of an Igbo centenarian book titled 100 Years of Amalgamation: Igbos What Hope in Nigeria?

According to the leader of Igbos in Republic of Guinea, Eze Fidelis Akwuba Okafor, this year’s event would feature the display of Igbo culture, tradition, arts and dressing.

He said that the purpose of the annual celebration is to acquaint their children who were born in Guinea with their culture, arts, tradition and dressing, adding that they would also use the occasion to share experiences among themselves.

The Igbo leader said that this year’s festival would attract a lot of dignitaries from Nigeria and the other neigbouring countries like Mali, Sierra Leone and Senegal and others.

According to him, Igbos in Guinea have cordial relationship with their host as most of them have got their resident permits, doing genuine businesses and that many have even married Guinean women.

He also said that Nigerians in Guinea are living like brothers and that they had in the past partnered with Hausa and Yoruba communities in Guinea to promote their cultural festivals.

On the book presentation, Eze Okafor said that Igbos in Guinea are excited that the association of Igbos in Diaspora chose Guinea as the first country where the Igbo centenarian book, 100 Years of Amalgamation: Igbos What Hope in Nigeria? would be presented.

The book, according to him, is a must-read for every Igbo man in any part of the world.

He said that why Igbos seemed to be the black leg of the country Nigeria is because they have never been able to tell their own stories by themselves.

He praised Peter Anosike, frontline journalist and author of the book, for coming out boldly to present the Igbo side of the story on most of the critical issues that have been happening in Nigeria since the amalgamation. Eze Okafor noted that whoever reads the book would realise that Igbos are a rare gift and a blessing to Nigeria in particular and the world in general

On how the Ebola disease in Guinea and some other West African countries might affect the festival, Eze Okafor said that people are making mounting out of a molehill, adding that the outbreak in Guinea is being blown out of proportion.

He said that the government in Guinea has not cancelled any event because of Ebola as it is not as wide spread as the media is making it to be.