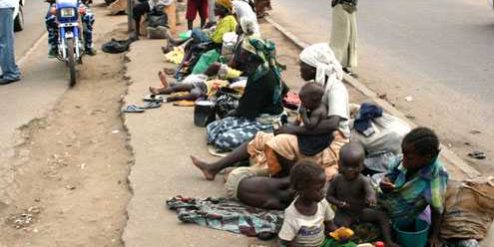 The Lagos State Government said yesterday that the 72 people ‘deported’ to Onitsha, Anambra State last week constituted a nuisance. Controversy has been trailing the government’s action.

The CP said: “What happened was that the state did rehabilitation and resettlement of the citizens from other states that came into the state and turned into destitute. After the state government had reformed them.

“After that, they indicated their interest of going back to their hometowns to be resettled. That was what happened. There wasn’t any deportation”.

On security in the state, CP Manko reassured the residents that the operatives are on top of their job.

According to him, “the residents should go about their lawful businesses. Of course, everyone knows that the Eid-il-fitri is around the corner, we have done everything necessary to ensure that the festival is observed peacefully. All the security agencies in the state have done their homework to ensure that residents of Lagos have hitch-free festival”.

While urging cart pushers to relocate or face the wrath of the law, Manko said the state government will henceforth prosecute illegal cart pushers in the state.

“We all know that the Lagos State Traffic Law 2012 outlawed their service from the highways. We are going to start enforcing that law from today.

“Our officers would be mandated to start arresting the cart pushers. And this is information for them to keep off the street of Lagos state,” he noted.