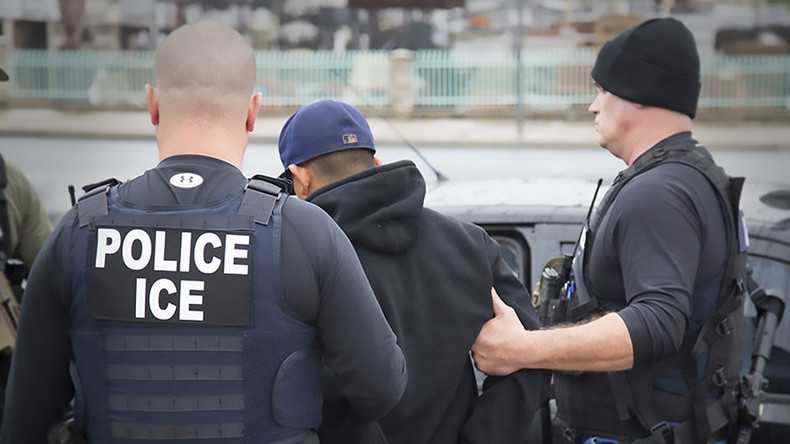 Daniel Ramirez Medina, who was brought to the US illegally at age 7, was arrested at his home in Des Moines, Washington, on February 10 during an ICE raid targeting his father who was in the country illegally and was a “prior-deported felon.

ICE agents noticed Ramirez’ “gang tattoo,” according to a Thursday court filing by Jeffrey Robins, assistant director of the US Office of Immigration Litigation. Ramirez was quizzed about the tattoo and gang affiliations, to which he responded that he “fled California to escape from the gangs,” but “still hangs out with the Paizas in Washington State,” the federal court documents say.

Ramirez also purportedly answered yes when asked if he had ever been arrested. His attorneys not only reject the accusation of any gang association but also say Ramirez has no criminal record. They have filed a lawsuit over what they consider an unconstitutional arrest.

Mark Rosenbaum, one of Ramirez’s lawyers, says the government’s claim that Ramirez admitted to being in a gang is false.

“Mr. Ramirez did not say these things because they are not true. And while utterly implausible and wholly fabricated, these claims still would not be sufficient evidence that Mr. Ramirez is a threat to the public safety or national security,” Rosenbaum said, according to the Los Angeles Times.

A hearing scheduled for Friday may determine which side carries that argument.

Ramirez’s adult brother is similarly covered by DACA, and he was not arrested during the ICE raid. According to Robins’ brief, the father allowed the enforcement agents to enter his home and indicated that his sons were in the country illegally.

Lawyers for Ramirez also said in court filings that their client moved from California to Seattle in order to work and support his 3-year-old son, a US citizen, who lives with the mother.

Protesters have meanwhile gathered outside the detention center in Tacoma, Washington, where Ramirez is being held, and a hashtag #FreeDaniel has been spreading on social media, as similar demonstrations pop up nationwide. A petition to release Ramirez garnered 25,000 signatures, the Los Angeles Times reported.

There are about 750,000 “Dreamers,” or people covered by DACA, who are given work permits and required to check in with immigration officials every two years. Since 2012, approximately 1,500 of those in the program have lost the privilege over gang ties or criminal activity, the Times reported.