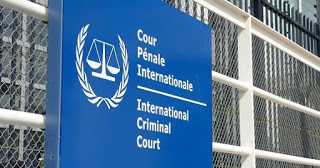 ONITSHA—The Directorate of Indigenous People of Biafra, IPOB  has said  the only credible entity which can carry out in-depth investigation into the shootings and killings of unarmed Biafrans in Aba, Abia state on February 9, 2016 is the International Criminal Court, ICC based in Hague.

IPOB said the so-called team arranged by the Chief of Army Staff is foundationally riddled with conflicts of interest and lacks the moral compass to conduct quality investigation in a case of this magnitude. It therefore, urged the United Nations Human Rights Commission and other allied organizations to intervene and work with the ICC to conduct a thorough investigation now that the Nigerian Army through the Chief of Army Staff, COAS, Lt.-Gen. Tukur Yusuf Buratai has confessed that they actually shot and killed unarmed Biafrans on the fateful day.

In a press statement signed on their behalf by their Spoke persons, Emma Nmezu and Dr. Clifford Iroanya, IPOB noted that, “now that it is indisputable that unarmed Biafrans were mowed down by the Nigerian soldiers on the fateful day, it is incumbent upon the authorities concerned to convocate an impartial investigative team and not  the group hurriedly set up by the Army Chief considering that the Army is the aggressor in this case.” In the statement entitled; “Now That the Nigerian Army Has Admitted They Killed Unarmed Biafrans Who Were Conducting Prayer Inside the Football Field of Ngwa High School, Aba, What Next, IPOB quoted Buratai as arguing that “his  soldiers could not have opened fire on the activists without provocation.”

They quoted the Army Chief to have stated that ,’We have our rules of engagement, ROE. The troops cannot just open fire. “While dismissing the constitutionally-backed respect for human rights and sanctity of human lives as guaranteed in section-33 of Nigeria’s 1999 Constitution, Lt.-Gen. Buratai boasted that in situations that entail the use of fire, the protection of human rights does not apply.’” IPOB maintained: “in his display of crass ignorance of the Constitution and the Laws of Nigeria, the Army Chief surmised that the 1999 Constitution, and the Armed Forces Act, all provided for the use of force when necessary.

But we could not locate in any of the 320 sections and seven schedules of the 1999 Constitution, which section  supported the dastardly acts of his soldiers. Neither did we find in any of the 292 sections and four schedules of the Armed Forces Act, CAP – A20 LFN 2004, where it stipulated the shooting of unarmed peaceful civilians in peacetime within the Federation of Nigeria.” Disturbing silence Meantine, the Movement for the Actualization of Sovereign States of Biafra, MASSOB, said it is disturbed by what it described as the seeming silence of the United Nations and other international organizations on the killing of protesters agitating for the actualization of an independent state of Biafra.

The group said it is worried that the international community has closed its eyes to the injustice being meted out against the people of the former Eastern region by the Nigerian government. MASSOB’s National Director of Information, Sunny Okereafor who stated this in an interview with Vanguard accused international agencies of leaving Biafrans to their fate while condemning such injustices in other parts of the world. He said: “MASSOB is disturbed by the silence of the international community in what has been happening in Nigeria where pro Biafra agitators are being killed.”