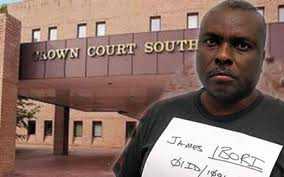 As the former Delta State Governor, Chief James Ibori’s London confiscation case resumes today, the court will attempt to break the logjam that bogged it down all through last week; to try Ibori afresh or not. What really bogged down the proceedings was that Judge Anthony Pitts repeatedly said in the course of the submission of James Ibori’s defence team at Southwark Crown Court, London that he was confused. He said that he was becoming even much more confused ‘now’ as the case being argued by Ibori’s lead counsel, Mr Ivan Krolic continued to unfold. Judge Pitts expressing his frustration, addressed Ibori’s lead counsel: “There was confusion though not in your mind, but there is a deep confusion in my own mind”. Responding to the Judge’s confession, Mr Krolic said “if the court is confused, has the court listened to the arguments at all? “We have proved our position to the court from the outset. Mr Ibori has made his case clear. We also have made our case clear as the counsel. If you had allowed me to finish my submission, you would not have been confused”. Quoting extensively from the transcript of the proceedings from the time the case started, and certain decisions made by the Judge, Mr Krolic said: “Both sides have conducted this confiscation trial, both sides have closed their case, the defence has cross-examined witnesses. To now suddenly say to one party, I want you to investigate and change your case so that you could win, in my opinion, no court would give such an order”. He continued: “The court is the sole decider of the law and the court has to be impartial, each side has experienced counsel and solicitors; there is no need for the court to be involved”. Making it clear to the judge that he had in the course of the proceedings last year, blocked the attempt by the crown prosecution to insert Assumption 72AA to all the items (thus tasking Ibori with proving his innocence instead of the prosecution proving him guilty), Krolic said, “your honour while applying your discretion on the application for assumption 72AA to be introduced into all the items said it would amount to not only changing the goal post but moving the goal post from the field of play”. Reacting to Krolic, Judge Pitts asked: “Are you saying if in the course of a case and as the case unfolds, I noticed that I have made some decisions, are you saying I cannot revisit it’? Krolic: “Your honour has no power to do so”. The judge not satisfied asked Krolic again ‘are you saying a judge can’t revisit a discretion applied having realised some confusion as the case develops?” Krolic replied again ‘…the court can’t say I am confused, telling one party, I am going to let you start again. Once a decision is made by the court, you can’t undo it, you can’t retrace the past. And if the court is confused, that is what the advocates are there for”. Insisting on his legal arguments that the Judge can’t suddenly grant the prosecution’s request to let the case start afresh, Krolic said: “You have rejected their application in October, your honour was not confused because you gave clear reasons”. Judge: “But the case could be reopened.” Krolic said that if the case is reopened, it will be a different case entirely and the judge asked ‘why is it a different case?” Krolic replied: “The real problem is that the defence would now have to satisfy the burden of proof taking it away from the prosecution”.