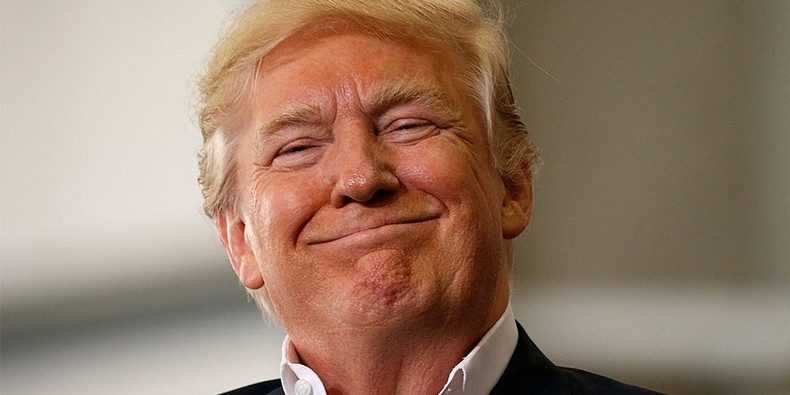 In a tweet on Sunday, Trump said that his comments about “last night in Sweden” came from a “story that was broadcast on Fox News concerning immigrants & Sweden.”

My statement as to what’s happening in Sweden was in reference to a story that was broadcast on @FoxNews concerning immigrants & Sweden.

Not content with his first excuse, Trump appeared to change tack in a second tweet on Monday which attempted to deflect attention from his blunder by blaming the media.

Give the public a break – The FAKE NEWS media is trying to say that large scale immigration in Sweden is working out just beautifully. NOT!

The tweets, however, have not dampened the craze over #LastNightInSweden, with people continuing to respond with anger, bafflement and hilarity to the president’s attempt to clarify his reference to an incident in Sweden about which nobody had heard.

TRUMP: I saw it on Fox News!

45: the violence in Sweden last night, can you believe?
Sweden: nothing happened, we are fine
45: but I saw it on Fox! You are fake Sweden!

I saw it On FOX? ThIS guys has the Nuclear Football and has no Grasp of reality? Are YOU SCARED YET? tHIS IS INSANE. pic.twitter.com/NzfpzxM1X3

While it’s no secret that the new president gets some of his information from Fox News, many felt the network is not an acceptable source of information for a person in his office.

It has been suggested online that Trump may have been referring to a Tucker Carlson show aired on Fox News on Friday, which featured an interview with Ami Horowitz, whose documentary on Sweden last year was largely discredited, and who erroneously claimed there were “no-go zones” in the country.

“Sorry, I saw it on Fox News,” isn’t something a President of the United States should EVER say. This. Isn’t. Normal https://t.co/dDOJs0fom9

Trump: what about the terror attack in Sweden last Friday?
Sweden: what terror attack?
Trump: I saw it on Fox News
The World: pic.twitter.com/xc7plkImaI

@thehill@realDonaldTrump: “I saw it on Fox! It must be true! They say good things about me, so they’re NOT fake news!”

Friday’s show discussed immigration and employment, referring to an increase in gun violence and rape in Sweden, and repeated the claims about “no-go zones.” The show made no exact reference to any particular incident happening on Friday, however.

@thehill “I saw it on Fox News” is acceptable for my grandma. Not for President @realDonaldTrump

@realDonaldTrump Idea: If you had intelligence briefings, you wouldn’t need to get your information from cable TV.

Seemingly preoccupied with the notion of false information, Trump’s ‘I saw it on Fox’ excuse has many pointing the fake news finger at the president himself.

@realDonaldTrump@FoxNews Soooo you make up a terrorist attack story about Sweden but have the nerve to call the MEDIA fake news? Okay…

Just like when you were handed info that said you had the biggest electoral college win since Reagan @realDonaldTrump?
?You are #FakeNews!? pic.twitter.com/Xm1yRNJdQr

Fox News has previously been in hot water for its reporting. Most recently, it invited the ire of Canadian President Justin Trudeau who blasted the network for claiming the perpetrator in the Quebec terror attack was a Moroccan, when in fact it was a white Canadian.

@KeeganNYC@realDonaldTrump remember when the Quebec mosque stacker was Moroccan too? Fox always gets it right!

.@realDonaldTrump Why didn’t @FoxNews tell you about this attack https://t.co/wm8vYwYCTI