I prayed to God before I launched attack against Biafra-Gowon 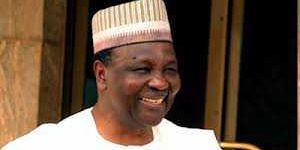 General Yakubu Gowon, the former military Head of State of Nigeria and the man responsible for the death of 3.5 million Biafrans at the weekend, tasked President Goodluck Jonathan to take the case of Boko Haram insurgency in the country to God, adding that when faced with similar situation on Biafra, he consulted God in prayers before taking up arms against Biafra secessionists.

The chairman and convener of Nigeria Pray made this disclosure in Sapele, Delta State, at the instance of the second synod of the Diocese of Sapele (Anglican Communion).

“Before and during the launch of the Federal Government’s offensive against Biafra, I went on my knees and prayed to the Almighty, asking that all actions taken to protect our nationhood should be out of love, not hatred; that we should be guided in all our tasks and that we should do only those things that were acceptable to Him.

“God answered our prayers and the result was that we were able to achieve fast and deep reconciliation, the kind of which had not been achieved in the history of civil wars in the world,” Gowon said.

The War Criminal and former Nigerian leader prescribed similar antidote to overcome Boko Haram and other terrorists hell-bent in capsizing the ship of the country.

He urged Nigerians, especially Christians, to engage the fireworks of prayer and love to pull down the walls of terrorism.

Gowon, who spoke on the theme of the synod, “The Church: Instrument of national unity and development,” warned Christians against engaging in religious war to avenge the killing of Christians in the North.

“We do not need to take up arms or be lured to fight religious wars, as has happened in the Middle East. We should leave vengeance to God and allow government to handle issues of justice and the promotion of law and order in our society,” the elder statesman warned.

According to him, political office holders should always remember that power belonged to God and should, therefore, seek His guidance and direction to bring about development to the society.