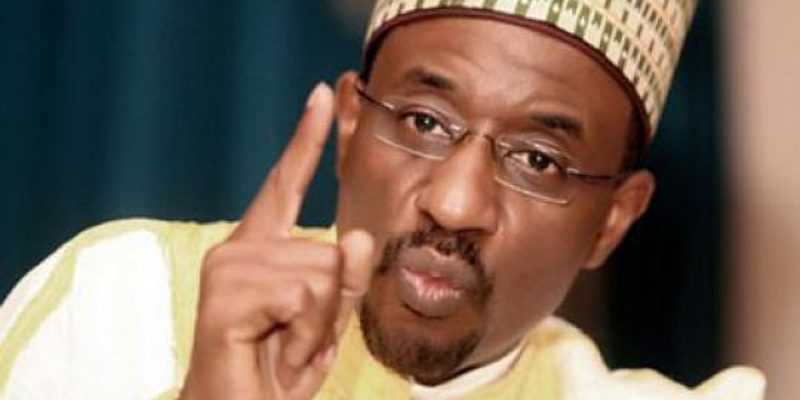 Suspended Central Bank of Nigeria (CBN) Governor, Sanusi Lamido Sanusi, has stated that he would challenge the power of President Goodluck Jonathan to remove him from office.

He also affirmed that his removal was due to his comments against corruption in the system.

Sanusi, who was said to be out of the country when his suspension was announced, told CNBC Africa that the President does not have the constitutional authority to remove him from office.

“I may need to challenge the power of the President to do that because if I don’t, the next CBN governor will not be independent,” Sanusi stated.

Following this development, the Naira dropped against the dollar, trading at N169/$1 as at the time of this report, while the bond market was also on pause, as traders were apprehensive there will be a huge sell off.

The currency has weakened in recent weeks, but overall has held up well, compared to other emerging markets. However, it depreciated 1.22 per cent yesterday, closing in on 166 to the dollar.

Meanwhile, the CBN yesterday, stated the Secretary to the Government of the Federation had informed it of the suspension  of Sanusi and the appointment of Sarah Alade as Acting Governor.

In a three-paragraph statement signed by Mr. Isaac Okoroafor, a deputy director in the Corporate Communications Department of the bank, on behalf of its director, the bank said it remained committed to achieving its core mandates, as enshrined in the CBN Act 2007, particularly as they relate to price, exchange rate, interest rate, monetary and financial system stability.

It therefore, assured all stakeholders, especially market operators, international investors and the general public that the CBN, as an institution, remains stable and will continue to facilitate the smooth functioning of the financial market as well as ensure currency and price stability.

The CBN spokesman assured that further communications on the latest development would be made in due course.

In a related development, the only word to qualify the mood at the CBN yesterday was mum. From the entrance of the gigantic edifice, security was tight, to the extent that only a few individuals were allowed entry.

Although, a high-profile source in government had hinted our reporter that the CBN governor was attending a Central Bank governors’ meeting in Niger, his image-maker, Mr. Ugochukwu Okoroafor, refused to confirm his boss’ whereabouts, in spite of several calls put to him.

Sources said that Sanusi did not expect his suspension. In his last Monetary Policy Committee (MPC) event last month, he did not show any sign of fear that he would soon be suspended. He had carried out his duty as if nothing was amiss.