‘I can have a great year’ 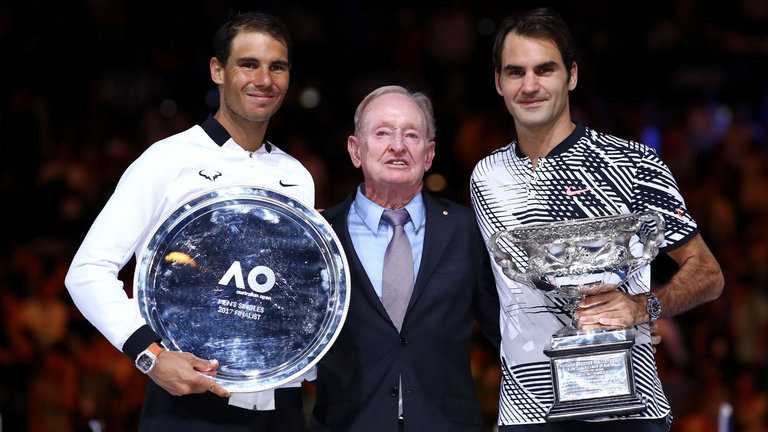 Rafael Nadal says he has to take heart from his efforts at the Australian Open, despite his defeat to old rival Roger Federer in a classic final on Sunday.

Like Federer, Nadal was not seen as a leading contender for the title at the start of the tournament having not reached a Grand Slam final since he won the 2014 French Open.

The 14-time Grand Slam winner has been troubled by injury during much of the intervening period and had to end his 2016 campaign early due to a wrist problem.

But he returned to his best in Melbourne, beating Grigor Dimitrov in an epic semi-final before playing a full part in an epic title decider, which Federer eventually won 6-4 3-6 6-1 3-6 6-3.

Nadal will be back up to No 6 in the world when the rankings are updated on Monday and said after the final: “I have big personal satisfaction.

“I feel happy. I played a great quality of tennis during the whole month that I have been playing. That’s great news for me.

“The only goal for me is to keep going. I believe that if I have my body in the right conditions, I can have a great year because I feel that I am playing well.”

Nadal was typically gracious in the aftermath of his loss to Federer and was quick to pay tribute to a man he has now faced in nine Grand Slam finals.

“Just amazing, the way he’s playing after such a long time of him not being on the tour [due to injury]

“For sure, you have been working a lot to make that happen. I fight a lot these two weeks.

“Today, a great match, probably Roger deserved it a little bit more than me.”