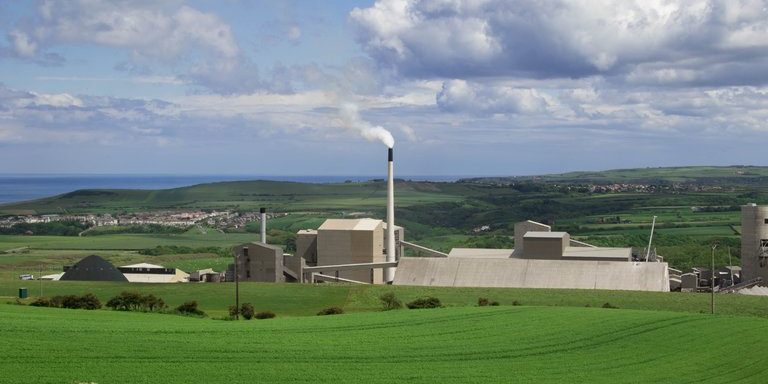 What are nations like North Korea and Iran really doing at nuclear reactors that are out of sight?

Someday, wispy subatomic particles known as antineutrinos could provide a clear view of what countries with illicit nuclear weapons programs are trying to hide.

Antineutrinos are devilishly difficult to detect, but this quality is precisely what makes them potentially ideal for monitoring international nonproliferation agreements aimed at preventing the spread of atomic weapons.

A collaboration of American and British scientists announced on Tuesday that they would build a test antineutrino detector called Watchman in a mine on the northeast coast of England. The project is sponsored by the National Nuclear Security Administration, part of the United States Department of Energy.

When completed in 2023, the apparatus is to consist of a cylinder about 50 feet in diameter and 50 feet in height, filled with 7.7 million pounds of water and located about 3,600 feet underground in the Boulby Mine, which produces salt and potash, a fertilizer. Sensors lining the inside of the cylinder will observe the occasional flashes generated when an antineutrino resulting from reactions in the Hartlepool nuclear power plant, about 15 miles away, slams into a particle in the detector liquid. The experiment would run for two years.

“It’s a demonstration of a capability,” said Adam Bernstein, a physicist at Lawrence Livermore National Laboratory in California who is the principal investigator for the project. “Once we’ve operated, then that would give one confidence that you could use this technology for actual monitoring.”

Dr. Bernstein said the United States will contribute $30 million over six years to the project.

Neutrinos, particles with no electrical charge and little mass that travel at close to the speed of light, are generated by nuclear fusion, as in the sun, where hydrogen atoms merge into helium, releasing heat and light. Antineutrinos are the antimatter version of neutrinos and are created when atoms fall apart in fission reactions like the decay of uranium. The fission of uranium also produces plutonium, which can be used in nuclear weapons.

Antineutrinos rarely interact with anything. That makes them very difficult to detect, but it also means there is no known way to shield a reactor and prevent antineutrinos from flying out.

The vast majority of antineutrinos from the Hartlepool reactor would pass unimpeded through the new detector, but calculations by the scientists indicate that two to four a day would collide with a hydrogen nucleus — a proton — in a water molecule.

When this collision occurs, the proton transforms into a neutron and ejects a positron, the antimatter version of an electron. Because the positron moves so quickly through the water, it emits the optical equivalent of a sonic boom, called Cherenkov radiation. (Watchman is a shortening of Water Cherenkov Monitor of Antineutrinos.)

Mixed in the water will be the element gadolinium, which will absorb the neutron generated in the collision, emitting a second flash of Cherenkov light.

The demonstration will scale up previous work that was able to detect antineutrinos at a distance of about 80 feet from a reactor core. Detectors as large as the one at Boulby could be placed near the nuclear infrastructure of a state that had agreed to shut down its nuclear reactors, allowing international authorities to verify compliance. Potentially, much larger detectors could monitor sites hundreds of miles away in hostile nations that do not allow inspections.

The same apparatus would also assist astronomers studying supernovas, the explosions of distant stars. In 1987, several large neutrino detectors detected a few handfuls of neutrinos and antineutrinos from the explosion of a star more than 160,000 light-years away.

“We couldn’t do that in 1987,” said Robert Svoboda, a professor of physics at the University of California, Davis and a member of the Watchman team.

For neutrino scientists, Watchman will also finance the development of improved technology to record the Cherenkov flashes. These are to be deployed in a second phase of Watchman and then could be used in other neutrino experiments.