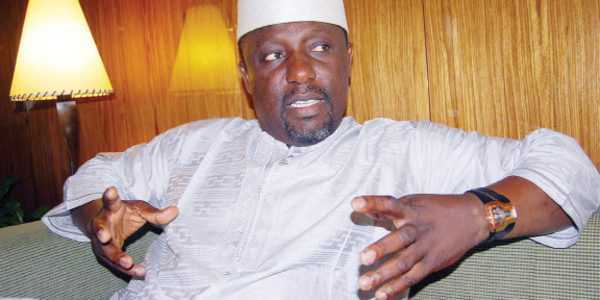 The days in office by the Accountant-General of Imo State, Mrs Udogu is said to be numbered, following accusation from high quarters in the Governor Rochas Okoroch administration alleging that the woman is not protecting the state Governor, Owelle Rochas Okorocha on expenditures of the administration, attached to non existing projects and contracts.
According to sources who spoke to this Newspaper, Mrs Udogu was accused of having granted an interview to a Newspaper in Abuja after attending meeting on Federation Accounts Allocation, where it was alleged she could not explain how the state account was being operated.

The source who confided in Trumpeta disclosed that Mrs Udogu was asked to explain how the money she collects for Imo state from Abuja were spent by Okoroch and she was said to have answered that she does not know, since all she was to sign Imo allocation, hand it over to the Governor, who deducts the salaries of workers, and transfers the funds into what is called “Task Force Project Account”.
However, when the Imo state Government learnt about the Udogu interview, it was said the Government swung into action and “killed” the news story, but cautioned Udogu for the “unguarded statement”.
But despite the warning to the Accountant General, Trumpeta learnt that the powers that be are still not comfortable with Udogu, and therefore shopping for a new Accountant-General, “who will be schooled on how this administration works, and know how to talk to the public on the workings of the Owelle Okorocha administration”.
Attempts to get Mrs Udogu to confirm or deny the allegation was not possible as she could not pick her calls. But a source close to the Oru East-married Civil Servant said the Accountant-General did not grant any interview to any Newspaper, as she does not speak to the press because she is a Civil Servant.
But Trumpeta unveiled that the current Accountant-General of the state is simply a rubber stamp, who picks Imo account and ships it into the so called “Task Force Projects Accounts” from where the state funds are disbursed, with the sole signatory of one man.
The “Task Force Project” is said to be headed by one Architect Duru, whose portfolio cannot be defined in the Government of Okorocha yet he is one of the most powerful persons in the Okorocha administration.
Trumpeta learnt mat even the Commissioners in the Okorocha administration are not finding live easy, as they cannot lay hands on funds to execute projects in their ministries. Instead consultants and contractors handle such jobs meant for Commissioners who float about, with some of them not having offices to operate from.
A source told this Newspaper that apart from Ichie Best Mbanaso, Commissioner for works who is always at sites and hardly goes to office, Uche Nwosu, (Commissioner for Lands, Survey and Urban Development) who is Okorocha’s son in law, Deacon Chike Okafor (Commissioner for Finance) and Mrs. Adaobi Obasi (Commissioner for Local Government) who is said to be Okorocha’s guardian when he was a kid, other Commissioners, it was learnt, are glorified Personal Assistants (PA) to the Governor who carry files about looking for even imprest to run their offices.
When Mrs. Udogu will be replaced, is not yet clear, but sources say she will not last few months since Okorocha is bent on replacing her. Trumpeta learnt that Okorocha has not yet arrived on who will replace the Accountant-General, but it was learnt that the new Accountant General must still be from Orlu zone. Trumpeta was informed that the Principal Secretary to the Governor, Dr Paschal Obi has been saddled with the responsibility of fishing out Udogu’s successor.