How clueless is President Goodluck Jonathan? 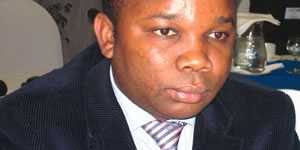 He is said to be the sixth richest President in Africa, allegedly with an estimated wealth of 100 million US dollars

approximately N16.4bn. Even if I think he may even be far richer, yet there are those who had tried in the past to portray President Goodluck Ebele Jonathan as a clueless person. I must confess that I used to be in that club but I now know that we were mistaken. The Otueke-born politician is nothing near a clueless person. He may not be your example of an exposed leader. He may not be gifted with charisma of a leader of his stature. He may have less convincing oratory skills, coupled with pronunciation deficiencies. He may actually be running a clueless government but he is not a clueless person. I have discovered that whatever he wants to do, he manages to do them. Whatever remains undone therefore is not his priority. Behind that humane face with a hanging smile is a calm, crafty but calculated; unrelenting, resolute and sometimes ruthless individual. Those who know him better that I can confirm that he is a good listener. He will always listen to you even when he has long made up his mind on the subject!

Can you recall that when he finished making use of Bamanga Tukur as the national chairman of the Peoples Democratic Party and it was time to drop him? Despite the initial denials and the last minute desperation on the side of Tukur to save himself, the President went ahead with his plans. Do you remember when the President made up his mind about the former Governor of Adamawa State Murtala Nyako. He was said to have allegedly mobilised all the resources necessary and ensured that he was impeached. Many people tried to intervene but he did not budge until the governor was removed. Did you notice how relenting he was on Nasarawa State matter before fate saved that governor?

Have you forgotten what transpired at the Nigerian Governors’ Forum? It was reported that the President’s squad had a definite instruction to vote against Governor Rotimi Amaechi. For Dr. Ebele Jonathan, it was a payback time and he is not a man who will fail to collect a pound of flesh whenever he gets the opportunity. When the coup to topple Amaechi failed, the President and his men could not concede defeat. They went ahead to form a parallel faction to whittle down the power of the forum. Their action attracted wide condemnation from Nigerians far and wide but the President turned a blind eye to all that. How will you call that kind of person clueless?

The lingering crisis in Rivers State is the one Nigerians are very familiar with. From the crisis in the state House of Assembly to the failed impeachment; from the crisis in Obio Akpor Local Government to the crisis in the state judiciary; from the confiscation of the aircraft to the nuisance of the Commissioner of Police – all those happened in a country and there was no single statement from the President of the country. Some observers even insist that only one man could have covertly or overtly sanctioned those illegal actions. All fingers allegedly point to Dr. Jonathan.

Those who are close to President Jonathan know him as a very vindictive person. In fact there is a story about one gentleman who used to give Dr. Jonathan tough time during their secondary school days who later became a permanent secretary. It was alleged that when the President became a governor of Bayelsa State, he quickly posted the man out of Yenagoa to a rural risky riverine community where he needed to go to work by boat. It was said to be in retaliation to the beatings he received from that man during their school days. Those who are familiar with politics in the Niger Delta region insist that Dr. Jonathan prepared a script of dealing with most Niger Delta governors including Amaechi for supporting his ascension to President reluctantly. He kept it under his chest and waited for an opportunity. Only Chief Timpre Sylva fell into that trap. You remember that he went to court to seek the shift of the date of his election. Remember that Governor Amaechi was a party to that litigation initially before his lawyers advised him to withdraw. Somehow they counselled that it would be best to contest election at the same time with President Jonathan, that way he will be too distracted to interfere. So Amaechi withdrew from the case but Sylva continued and now had to contest his election on a later date. That was his most fatal error as that gave the President an opportunity to frustrate him out of the contest. However some people still believe that it was greed that misled the former Bayelsa governor because he was looking at the additional monies that would have been allocated to his state. Essentially while looking at a few months extension, he lost four years. The script for his removal was allegedly written in the Presidency and it was reported that President Jonathan got the then party acting national chairman, Dr. Kawu Baraje, to swear that he will not buckle regardless of pressure.

One final thing. Have you tried to find out why someone like the former Managing Director of Niger Delta Development Commission, Mr. Timi Alaibe, is not featuring prominently in this administration regardless of his demonstrated political sagacity? You may have forgotten that Timi used to be one of the strongest politicians in Bayelsa State at some point. He was the man that gave President Jonathan tough time as a governorship aspirant and almost displaced him. It took the intervention of former President Olusegun Obasanjo who re-appointed Alaibe back to the NDDC. Even at that, they shared all the political positions on a 60:40 basis. Those are all in the past now. The former governor has now risen to the peak of his political career by becoming the most powerful person in the country. However by his action you will know that he has not forgotten that political torture nor has he forgiven.

I can give you many more examples about actions that could easily give insight into the political character and personality of our President. That is why I will be cautious to join the bandwagon of those branding such a man as clueless. He might not care much about Nigerians and our welfare. He might not give a damn about anti-corruption campaign. He might not connect passionately with the fact that those young girls of Chibok are still in captivity. Certainly he has many clues but he may not be interested in deploying the clues to make Nigeria a better country.
Source Punch