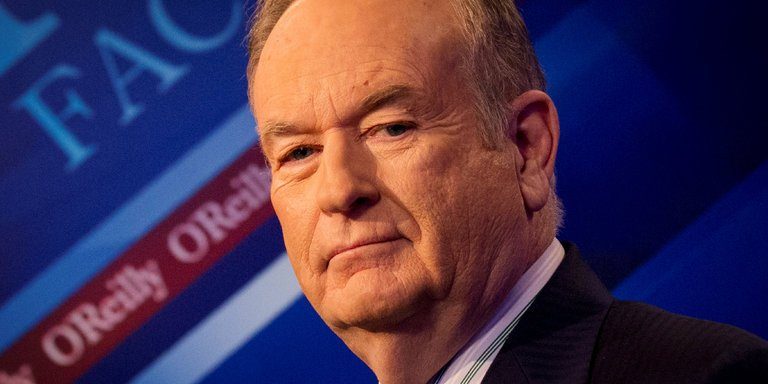 Settlement agreements between Bill O’Reilly and two of his accusers — made public for the first time on Wednesday — filled in previously unknown details about tactics employed by the former Fox News host to silence women who came forward with sexual harassment allegations against him.

The documents show that two women who reached settlements, Andrea Mackris and Rebecca Gomez Diamond, were required to turn over all evidence, including audio recordings and diaries, to Mr. O’Reilly. In addition, Ms. Mackris was required to disclaim the materials “as counterfeit and forgeries” if they ever became public.

The settlement with Ms. Mackris confirms a New York Times investigation that found a private investigator had been used to dig up information about her, with the agreement calling for the destruction of materials collected about her by Fox News’ private investigators, including Bo Dietl. The document also shows how her lawyers agreed to switch sides in the midst of the fight.

Strict confidentiality was the goal of the settlements. If the women were found to breach the agreements, they would be forced to return all the money they had received, forfeit any future payments and pay Mr. O’Reilly’s legal fees.

The settlement agreements were made public on Wednesday as part of the ongoing defamation lawsuit against Mr. O’Reilly and Fox News filed in December in the United States District Court for the Southern District of New York by Ms. Mackris, Ms. Diamond and Rachel Witlieb Bernstein, who reached harassment settlements involving Mr. O’Reilly.

There are six publicly known settlements involving Mr. O’Reilly, five for sexual harassment and one for verbal abuse, that total about $45 million.

The court documents show that the payout to Ms. Diamond, a former Fox Business Network host who reached a settlement with Mr. O’Reilly in 2011, was $3.25 million — an amount that had not previously been reported publicly.

In a statement, Fredric S. Newman, a lawyer for Mr. O’Reilly, reiterated earlier statements that Mr. O’Reilly had settled the disputes to protect his children and said that the agreements were “fully negotiated by these plaintiffs who were ably advised by experienced counsel.”

“Confidentiality and arbitration were two critical terms for which Mr. O’Reilly bargained in good faith,” Mr. Newman said. “For the past 14 years, Mr. O’Reilly has always respected the agreed confidentiality of the settlement agreements, but now that the provision has been breached, Mr. O’Reilly will be taking all appropriate legal action to enforce the agreements.”

A spokesman for 21st Century Fox, the parent company of Fox News, declined to comment.

In the defamation suit, the women asserted that comments by Mr. O’Reilly; Rupert Murdoch, the executive chairman of 21st Century Fox; and the company falsely depicted them as liars, political operatives and extortionists after an investigation by The Times that exposed how the network stood by Mr. O’Reilly as he faced a series of harassment allegations.

Lawyers for Mr. O’Reilly and Fox News have argued for the dismissal of the lawsuit, stating they had not disparaged the women and that the claims by Ms. Mackris and Ms. Diamond should be moved to confidential arbitration proceedings because of stipulations in their settlement agreements.

Last month, Mr. O’Reilly’s lawyers requested that he be able to file “certain agreements that contain strict confidentiality provisions” under seal, but Judge Deborah A. Batts, of the United States District Court, rejected that request, stating that there is a presumption of public access to court documents and that Mr. O’Reilly had failed to meet the burden of demonstrating privacy concerns.

Lawyers for the women filed the settlement documents on Wednesday as part of a court filing.

The agreement with Ms. Mackris, the former producer on Mr. O’Reilly’s program on Fox News who sued him in 2004, accusing him of sexual harassment, includes a previously unknown provision showing that her lawyers changed sides to work for Mr. O’Reilly after the salacious dispute. It was settled for about $9 million, according to people familiar with the matter. The mediator for the dispute was the lawyer Marc E. Kasowitz, who went on to represent Mr. O’Reilly last year. (Mr. Kasowitz also has represented President Trump.)

Such arrangements are considered unethical in the legal community because they can create conflicts of interest between lawyers and their clients and sideline lawyers who have the expertise to bring claims against companies and individuals.

Mr. Morelli did not immediately respond to requests for comment.

The agreement between Mr. O’Reilly and Ms. Mackris nods to the potential for ethical concerns, requiring both of them to waive the conflicts of interest in Mr. O’Reilly’s retention of the Morelli firm. It states that, if the provision is found to violate the American Bar Association or New York professional codes, the rest of the agreement would remain “valid and binding.”