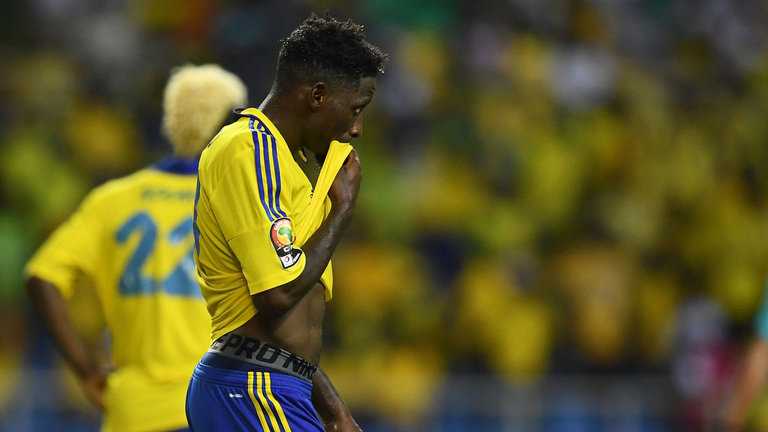 Burkina Faso and Cameroon booked their place in the quarter-finals of the Africa Cup of Nations on Sunday as hosts Gabon crashed out.

Gabon were held to a 0-0 draw by Cameroon in Libreville, and their opponents went through to the last eight as runners-up in Group A.

Burkina Faso won the group on goal difference after a 2-0 victory against Guinea-Bissau in Franceville.

A Rudinilson Silva own goal and a Bertrand Traore effort gave 2013 runners-up Burkina Faso the win that saw them clinch qualification and top spot.

They will stay in Libreville for a quarter-final next Saturday while Cameroon will take on Senegal in Franceville the same day.

Ghana are the only other team to have clinched a place in the last eight so far.

Gabon, meanwhile, are only the fourth hosts to be eliminated from the Cup of Nations in the group stage, and the first since Tunisia in 1994.