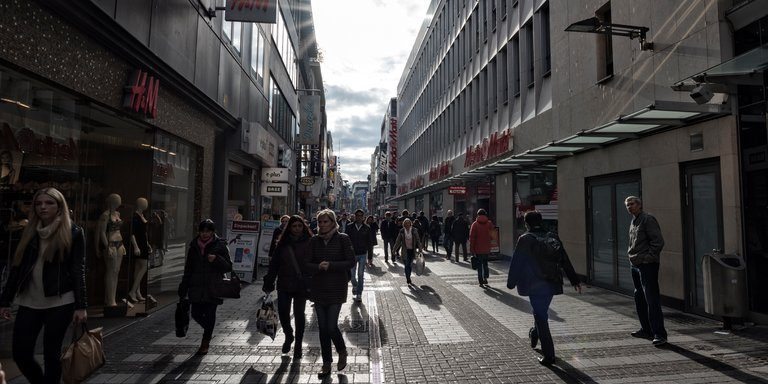 In the world of fashion retailing, where shopping is fast moving online and stores try to keep inventories closely matched to sales, even a small stack of unsold clothes can be a bad sign.

What about a $4.3 billion pile of shirts, dresses and accessories? That is the problem facing H&M, the Swedish fashion retailer, which is struggling with a mounting stack of unsold inventory.

H&M outlined the buildup in its latest quarterly report on Tuesday, prompting questions of whether the company is able to adapt to the fierce competition and changing consumer demands reshaping the global apparel market.

Signs of its expanding unsold inventory began emerging last year, when it reported an unexpected quarterly drop in sales. The decline was the first in two decades, a period in which H&M expanded from a lone women’s wear store west of Stockholm to a gargantuan network of 4,700 stores around the world.

Foot traffic in the past year fell as customers eschewed crowded shop floors in favor of online shopping, or lower-cost offerings elsewhere, a challenge hitting a wide array of “fast fashion” retailers. On Tuesday, the company said the pile of unsold stock had grown 7 percent in the past year and was now worth nearly 35 billion Swedish kronor.

The scale of the problem illustrates H&M’s vast size — as one of the world’s largest clothing manufacturers, it produces hundreds of millions of items each year. There are so many that a power plant in Vasteras, the town where H&M founded its first store, relies partly on burning defective products the retailer cannot sell to create energy.

Analysts have been pressing Karl-Johan Persson, the company’s chief executive, over the issue. Inventory levels were up, Mr. Persson said, because H&M was opening 220 new stores and expanding its e-commerce operations, and so needed to fill the racks.

The company said operating profit fell 62 percent in the three months through February, sending its shares to their lowest closing price since 2005 on the Stockholm stock exchange.

It is the latest in a series of issues for H&M. The company had to close stores in South Africa and faced a social media backlash after it ran an ad in January showing a black child model wearing a hooded sweatshirt that said, “Coolest monkey in the jungle.” Also, it and other retailers in Europe are girding themselves for an expected push by Amazon into clothing retailing, one that Amazon has already been making in the United States.

Since the early 2000s, business has largely boomed for fast fashion retailers such as ASOS, H&M and Inditex, which owns Zara. They profited off their ability to generate, at a vast scale, rapid translations of runway fashions into low-priced clothing and accessories.

But while luxury brands have enjoyed a rebound in fortunes in recent months, fueled by millennial appetite and a recovery in demand from the lucrative Chinese market, mass-market companies have had to deal with enormous changes. In the digital era, the challenges around offering trendy apparel before it goes out of style have mounted, particularly as growing numbers of shoppers choose to buy from their smartphones and become more quality conscious.

ASOS is an online-only retailer, and Inditex has managed to ramp up its digital sales. But H&M, which also owns brands like Cos, & Other Stories and Arket, has fallen behind the pack.

Analysts have been downbeat on the Swedish company’s outlook. Rahul Sharma, founder of Neev Capital, called H&M “a slow-motion wreck” after the release of the first-quarter results. Analysts at the Swiss bank UBS said in a note to investors this month that they had come away from an H&M presentation in November “with no clear view on why focus on the core customer had been lost, and what was being done to fix it.”

H&M has insisted it has a plan, saying it would slash prices to reduce the stockpile and slow its expansion in stores. It said it hoped its online business would expand 25 percent this year.

Still, Mr. Persson, a grandson of H&M’s founder, acknowledged that the rapid transformation of the industry was weighing on his company.

A version of this article appears in print on March 28, 2018, on Page B3 of the New York edition with the headline: Unsold Clothes Piling Up For a Struggling H&M. Order Reprints| Today's Paper|Subscribe