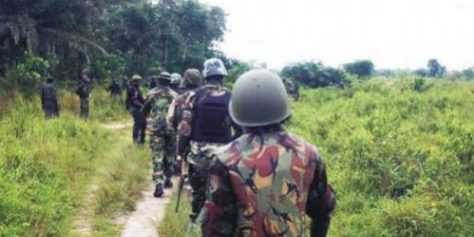 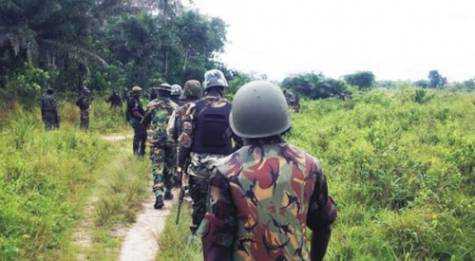 TRADE Union Congress of Nigeria, TUC, has  warned that increasing reported cases of deserters in Nigerian Army over lack of weapon to confront the Boko Harem insurgency is a dangerous trend that can destroy the army.
TUC in a statement also expressed concerns over incessant refusal by soldiers to take orders from their superiors in their fight against the Boko Haram when deployed to the stronghold of the terrorist sect.

In a statement by its President, Bobboi Kaigama, TUC expressed fear over the safety of Nigerians because if there was an external aggression today, Nigerians were strictly on their own as it appeared that there is no military to defend them since soldiers often ran out of ammunition at the battle front.
Kaigama expressed shock over the sudden incapacitation and begging status of the Nigerian military which bravery and professionalism in several peace keeping missions in Africa gave the country its title “the Giant of Africa.”

He said: “It is rather unfortunate that Nigerian soldiers that were once the envy and pride of Africa have now been reduced to a toothless bulldog in the battle front, begging for food, bullets and better weapons to defend their fatherland.This is a shame.
“It is pertinent to state that the allegation of mutiny by the authorities of the Nigerian military over the refusal by the ill-equipped Nigerian soldiers to obey the last order in their quest to defend their fatherland does not hold water. What transpired was the application of common sense because such a mission will be tantamount to suicide mission.”
Kaigama questioned the huge amount of N968 billion budgeted by the Federal Government in its 2014 budget to combat the Boko Haram sect and other terrorist groups in the country.

He noted: “The Nigerian military is at the forefront of the war on terror but it is doubtful if it can triumph.  It is high time the government approached the war on terrorism with sincerity of heart because the government and the military forces have proved incapable of defeating a small army of insurgents whose activities are limited to the North-Eastern part of the country. This is in spite of billions of naira in defence spending since 2010.
“In recent years, Boko Haram has become more daring in its attacks. Apart from conducting suicide bombings, it has continued to carry out coordinated raids on military bases, police stations and villages’ unabated.”

On the issue of 480 Nigerian soldiers that fled into Cameroon following fierce fighting with Boko Haram insurgents as confirmed by the Cameroonian Army spokesman, Lt Col Didier Badjek, though denied by the Director of Defence Information, Major-Genenral Chris Olukolade, TUC president described “the incident as unfortunate because the protector of the people is now seeking safety in a foreign land due to lack of adequate weapons, an obvious fact that Nigerians are on their own.”
Source vanguard