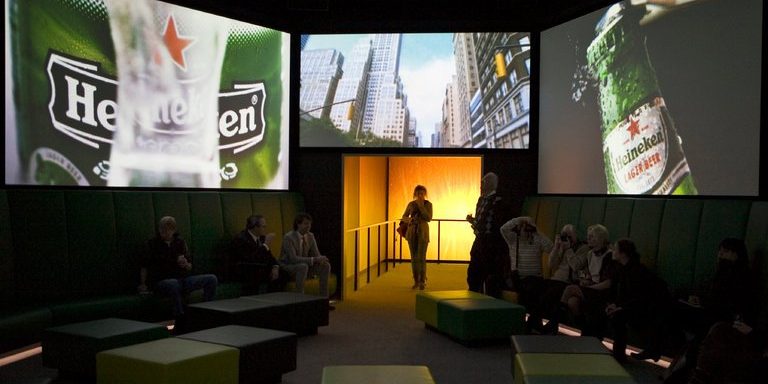 Heineken pulled a series of commercials for light beer this week that featured the tagline “sometimes, lighter is better,” after one of the ads was criticized as racist.

The brewer, which became the latest company to face criticism over marketing that appears to support a preference for fair complexions, responded to the controversy on Monday.

“We missed the mark, are taking the feedback to heart and will use this to influence future campaigns,” Heineken U.S. said.

In the ad, a vigilant bartender spots a faraway female patron gazing disappointingly at a wine glass. Quickly, he opens a beer bottle and slides it down the bar.

On its journey over multiple surfaces, the bottle skates past two black women and a black man before stopping at the wine glass. The phrase “sometimes, lighter is better” flashes on screen before the woman, who has lighter skin, inspects the bottle.

The ad, which appeared in a handful of markets, including the United States, Australia and New Zealand, belonged to a series that was introduced in early March on television and online. Heineken decided to drop the line of commercials on Monday.

The musician Chance the Rapper distilled much of the criticism in a series of tweets a day earlier, calling the ad “terribly racist.”

“I think some companies are purposely putting out noticably racist ads so they can get more views,” he tweeted.

The Heineken ad is the latest to be denounced for appearing to promote fair skin over darker complexions. Last fall, the skin care companies Dove and Nivea faced similar backlashes. Skin-whitening products remain popular around the world.

Such controversies can spread quickly and prove difficult for businesses to quell. In January, less than a week after apologizing for a photo showing a black child modeling a hooded sweatshirt that said “coolest monkey in the jungle,” the clothing company H&M was forced to close some South African stores amid protests.

In its statement, Heineken boasted of a long “positive track record” of promoting unity through its marketing. Last year, it was widely praised for a lengthy advertisement, “Worlds Apart,” that featured pairs of strangers with opposing views working through their differences as they built furniture and drank beer.