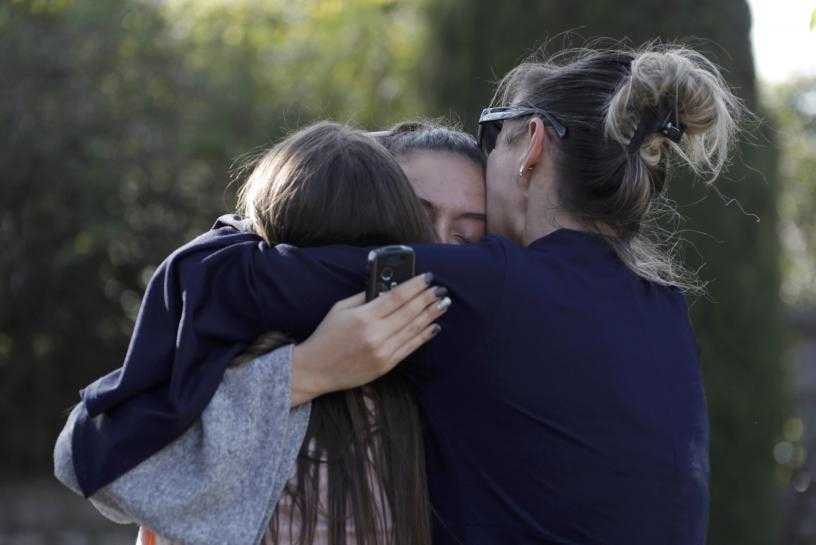 PARIS A teenage student opened fire on Thursday at a high school in southeastern France injuring three people, including the headmaster, in an attack carried out after he had watched American-style mass shooting videos, the interior ministry said.

The incident, which does not appear to be linked to terrorism, comes with France on high alert after more than 230 people were killed in the past two years by attackers allied to the militant group Islamic State.

With a presidential election less than six weeks away, the attack by the 17-year-old armed with a hunting rifle seemed likely to further stimulate debate on security and fears of terrorism which are among big campaign issues.

Separately, in Paris, a female employee of the International Monetary Fund was injured in the face and arms when a letter bomb posted to the world lender’s Paris office blew up as she opened it, police said.

Interior ministry spokesman Pierre-Henry Brandet said three people had been injured, and five other people were in shock after the teenager opened fire with the rifle in a high school in the town of Grasse.

The youth, who was also carrying two handguns and two grenades, was arrested at the school. Checks were underway to establish whether there was a second assailant.

France has some of the strictest gun laws in the world. French citizens are banned from owning automatic weapons, while many other guns require government authorization and a medical exam, along with a permit from a hunting or sport shooting federation.

A police source said the youth arrested did not seem to be known to police.

Local emergency services used Twitter to advise residents of the town of about 50,000 inhabitants to stay at home. The government launched a mobile telephone application warning of a “terrorist” attack, although this is now automatic for any such incident.

Witnesses interviewed by local television described a scene of panic as the gunman entered the canteen with students rushing to hide under tables or sprinting for the exit.

“It was total panic,” Achraf, a student, said on BFM TV. “The gunshots were at 4 to 5 meters from where we were. We thought the gunman was coming towards us. We heard him shouting.

“I just know the gunman by sight. He was gentle and low-key key, not a nasty guy.”